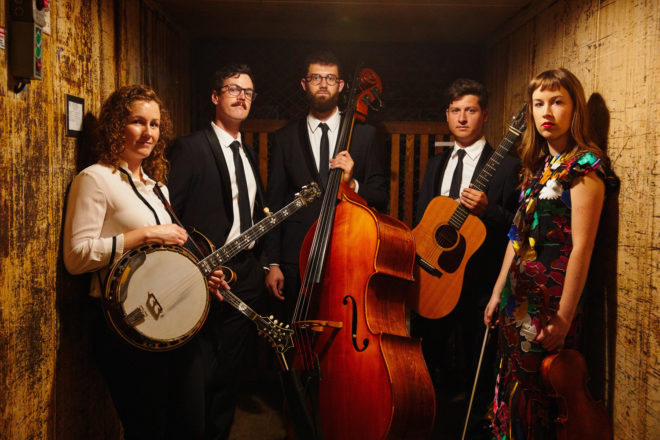 Mile Twelve will perform at the White Gull Inn on May 1. Submitted photo.

Although Mile Twelve’s sound is rooted in traditional bluegrass, it surveys a broader landscape on its latest album, City on a Hill. All five band members bring their own influences and observations, resulting in music that feels contemporary, thoughtfully crafted and relevant.

“Original bluegrass music, written and played by young people, is very much alive,” said band member Evan Murphy. “I hope people take away that songwriting and arranging really matter. It’s about the material and playing it in a way that feels honest.”

An optional, pre-concert, fixed-price dinner will be served at 6 pm; the concert will start at 8 pm. Concert tickets are $22 per person. Reservations are recommended. Call 920.868.3517 or visit whitegullinn.com to buy tickets or learn more about the concert and dinner.