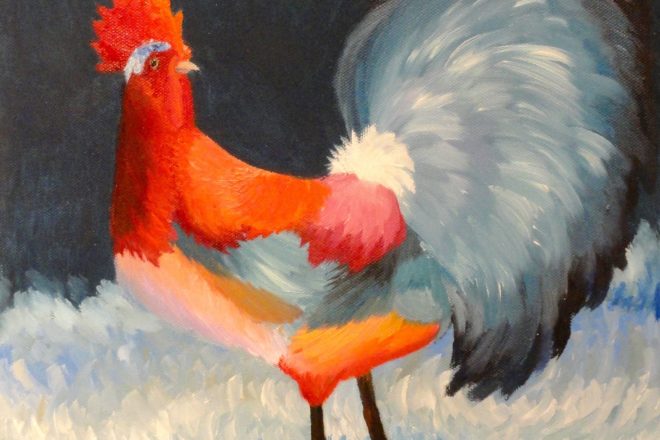 The Miller Art Museum once again gives the community a glimpse into the inner workings of local art classrooms with the opening of the 43rd Annual Salon of Door County High School Art.

A highlight of the Miller’s exhibition calendar, the Salon opened April 22 and highlights the work of 107 students from the county’s five high schools. Artwork in the exhibit was created by students during the 2016-17 school year under the guidance of local high school art teachers George Ouimette of Southern Door, Nicole Herbst of Sturgeon Bay, Emily Salm of Gibraltar, Klayton Kindt of Sevastopol, and Melanie Enger of Washington Island.

Deborah Rosenthal, curator of exhibitions and collections at Miller Art Museum, is in her 23rd year with the museum and Salon. As in years past, she describes the work as reflecting two things: the art teachers’ strengths and interests, and cultural happenings in America. 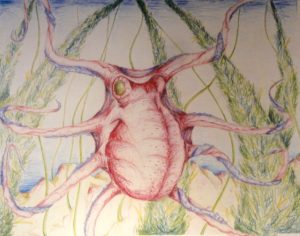 “When I first started here in the ‘80s, we were seeing images of Madonna and, still, images of Elvis, and some years when we’re experiencing cultural stress like in the middle of the recession there’s darker imagery so each year’s show is as much a reflection of what the kids are experiencing as any other influence,” Rosenthal said.

Paramount to those experiences are technology and, through the World Wide Web, access to art scenes and influences across the globe, as explained by Sturgeon Bay art teacher Nicole Herbst.

“I would say because there’s so much out on the internet and there’s a lot of exposure to a lot of different ideas, there seems to be more diversity,” she said. “At the same time with that is the question of not copying or having something exactly like you see online so there’s always that challenge of how they can be different, a little bit more unique. I would have to say there seems to be more inventiveness through emotion or personal inspiration instead of skulls and roses and thorns and blood. That was sort of a trend for a little while.

“I guess you could also say it’s been a really cool way of showing the community that these kids are not just trying to do something that’s trendy,” Herbst added. “There’s a thought process, they’re a little bit more global, aware, want to make a difference so it’s really neat that they start to see them as people, not just kids.” 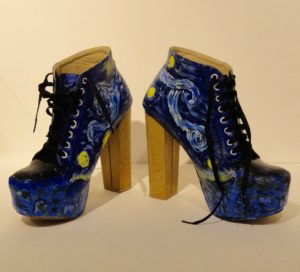 While digital imagery has been an exciting addition to the Salon the past several years, students remain dedicated to traditional media, like painting, drawing and sculpture. How these works are created varies by school, with some geared toward more project-based coursework and others allowing students more flexibility with their time and approach.

George Ouimette, of Southern Door High School, considers himself among the latter.

“I think it’s a great thing they do for us as far as having this exhibit,” he said. “Every year it’s quite a surprise and enjoyable to look at, and my students – I know some schools are a little more regimented as far as how they do things and what they do – our students tend to be pretty independent.”

The Annual Salon of Door County High School Art serves a multitude of purposes for student artists: as a notable achievement to be listed on college and scholarship applications, as an insight into the possibilities of an art career, and perhaps most importantly, as Sevastopol’s art teacher Klayton Kindt points out, recognition outside of school.

“Pride in knowing that their artwork is important not only to themselves but admired by people in the community,” Kindt said. “I think an art show like this allows the community to see all the extra stuff that students do while they’re at school beyond sports and academics. It’s a unique opportunity for students to express who they are and to share that with others.” 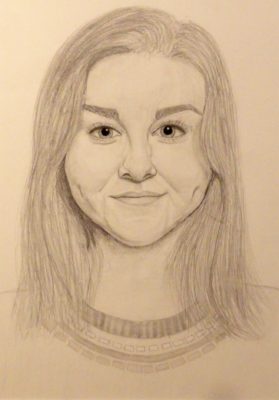 This exhibit consistently presents a unique challenge to the staff of the Miller Art Museum, Rosenthal explained, due to the amount of artwork that is brought to the museum all at once. Regardless, she said, it is “one of the most stimulating shows that we work with.”

“There’s an energy to youthful work that sometimes more practiced artists haven’t been able to retain,” Rosenthal said. “I know that people really look forward to that in this show. There’s just kind of a freedom to the approach to subject matter and media that you don’t see necessarily in more experienced artists. I think that’s one thing the show offers that’s not real easy to define. There’s an excitement to this show and…I think especially the older members of the community, some of them don’t have as much connection to the younger members so I think this offers them a window into the world of what’s going on with younger folks. And the subject matter is different than the types of work we see in the shows we offer through the rest of the year.”

The 43rd Annual Salon of Door County High School Art remains on view through May 30. Museum admission is free. For more information, call 920.746.0707 or find the Miller Art Museum on Facebook.