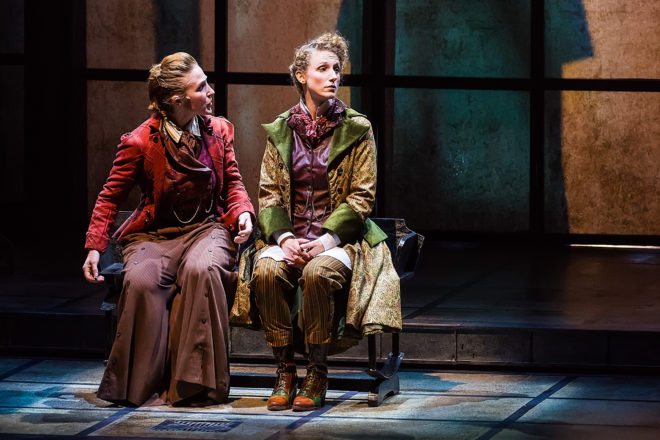 Peninsula Players Theatre opened the riveting murder mystery Miss Holmes, by Christopher M. Walsh, based on the characters by Sir Arthur Conan Doyle on July 4. In this deadly and thrilling story, Walsh’s Sherlock Holmes and Doctor Watson are intelligent and independent women in 19th century England. Neither woman abides by the conventions of the times. Instead, they forego domestic accomplishments in the pursuit of helping other women in peril. Trapped in an era that refuses to accept them, these unconventional women work together to uncover the secrets surrounding the past of a high-ranking and corrupt Scotland Yard investigator whose previous two wives turned up dead.

Miss Holmes is performed Tuesdays through Saturdays at 8 pm and Sundays at 7:30 pm, except for July 22 at 4 pm. A post-show discussion with the creative team, cast and Walsh is scheduled for July 14. For more information or tickets call 920.868.3287 or visit peninsulaplayers.com.