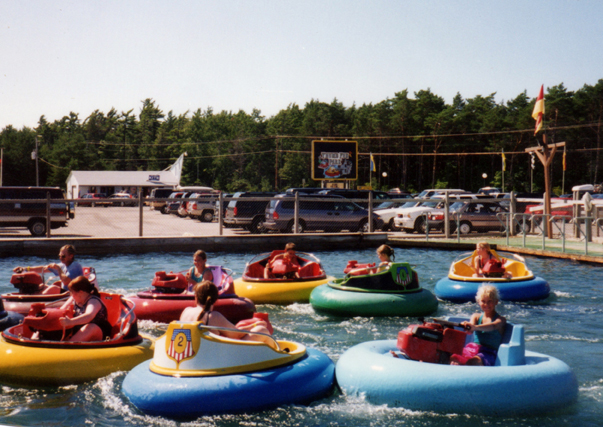 One of my older sisters is visiting this week for the first time in years. She’ll be here with her husband and two young kids. There’s plenty of things to do, but as I probed for ideas this week, I kept seeing images of Thumb Fun flash through my head.

The old Frankenstein on the mini-golf course that served as a landmark, the drive-in and it’s yellow lighting, and the smell of cotton candy. 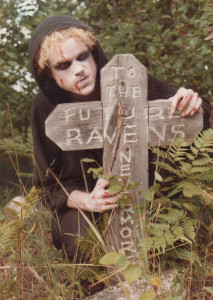 The haunted mansion at Thumb Fun frightened generations of visitors and was a rite of passage for Door County youth.

I remember venturing into the haunted mansion once around age 8, coerced by my brother, and being so frightened I didn’t give it another shot till I was 17. My brother liked the go-karts, the mansion, the tilter-whirl. I threw up the first time I road the latter, and I tended to favor rides like the slow-moving train, the bumper cars, or the big bouncy castle that stands about nine stores high in my memory. Obviously, I was kind of lame. Oh well.

It closed down when I was 19, a little more than 11 years ago. Doug Butchart, the old owner, surprised me a few years ago when he told me it didn’t close because it was failing – his final year was his best ever. Rather, his kids didn’t want it anymore, and he couldn’t convince anyone to buy it, in part because insurance on such a facility was increasingly expensive.

So he sold to a condo developer, his only option (he was ready to slow down). As it fades from memories, and thousands come to know a Door County never knowing the amusement park was once part of it, we can forget how much that place defined Northern Door. Somehow, we let some of the best parts of this attraction slip away. For evidence, just read this thread from 2007. When Thumb Fun closed, it made news all over. Sad news.

Sadder still today, because I don’t think Door County has ever been the same.