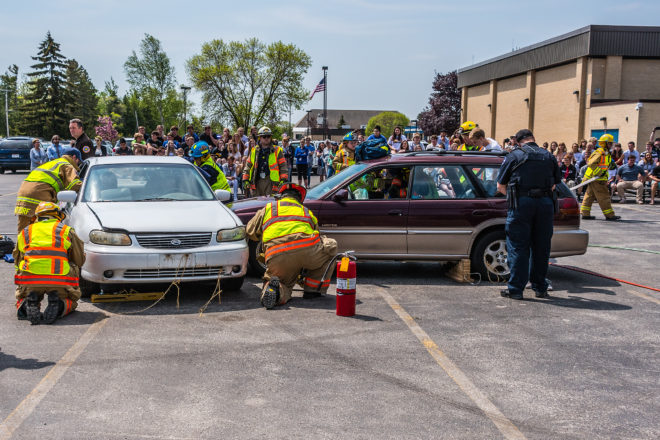 First responders had a rare opportunity to train under real-life circumstances in a mock car crash held in the parking lot of Gibraltar Schools on May 24. High school students sat in bleachers nearby, watching the consequences of drinking and driving unfold with their own peers as actors in the destroyed vehicles.

“The purpose of a mock crash assembly is to allow students to see what emergency response looks like in a traffic crash, understand the gravity of the situation, and most importantly, to make a personal connection to the importance of healthy choices in peer situations and while driving,” said Gibraltar Schools Superintendent Tina Van Meer.

The scene spared no drama, complete with more than 30 responders from four area departments, field sobriety tests, and a hearse from Casperson Funeral Home. Although students, first responders and staff held discussions in the classroom afterward, there were no introductions or explanation before or during the event.

“Sometimes being left to your own thoughts while watching it means more and that’s the tack we decided to go with,” said Gibraltar Fire Captain Adrian Murre. “The fact that they are minors, they are kids in our community, we don’t dismiss the fact that this has an impact on us as well.” 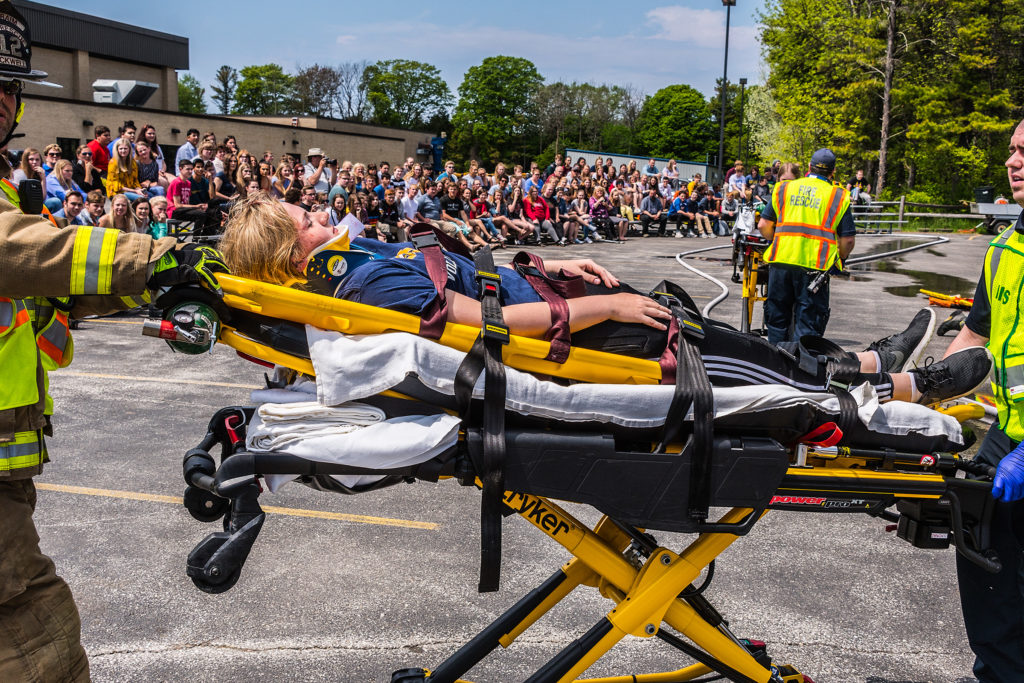 “Many students commented on the realism of the crash scene and emergency response,” said Van Meer of the breakout discussions afterward. “And how impactful it was to see classmates and familiar faces from the community on the simulated crash scene.”

Project 180, a student-led group inspiring students to abstain from drugs and alcohol, helped coordinate the mock crash. Van Meer said the school will try to bring the mock crash back to Gibraltar at least once every four years so all high school students will have the opportunity to experience it.