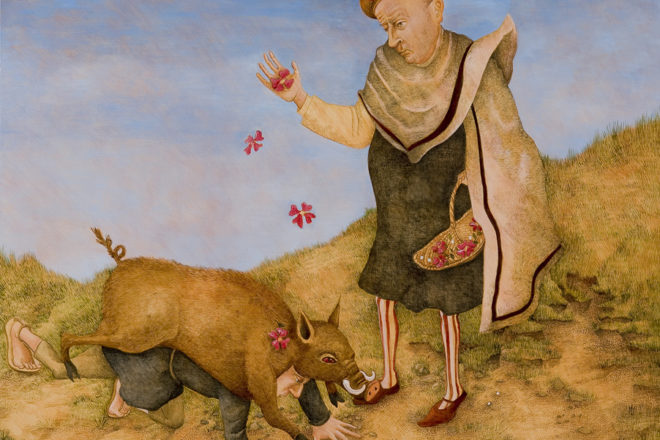 Influenced by the work of the Flemish primitives (15th-16th Century Northern Renaissance) and German Expressionism Jean Roberts Guequierre’s paintings are beautifully rendered, traditional oil paintings which explore contemporary themes. “Jean Roberts Guequierre is revered by peers as one of the most talented painters in town. Her paintings often recall the stylings of the Flemish and early Italian Renaissance but with brazen and emphatic modern accent,” said Michael Flanagan, curator of In the Realm of Innocents: An Exhibition of Mysticism and Lore.

Guequierre is represented in the permanent collection of the Sioux City Art Museum and the Milwaukee Art Museum, as well as national and international private collections. Her work will be on display at Mr. Helsinki through July 31.