It was supposed to be a simple measure to save lives, but a poorly implemented new federal law has pool operators dismayed. 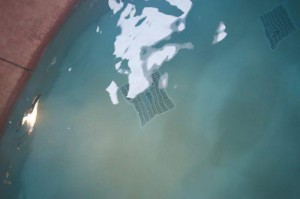 Seven-year-old Virginia Graeme Baker drowned in June of 2002, held under water in a backyard hot tub by the powerful suction of a pool drain. It turned out that such an incident could be prevented in most pools simply by installing an anti-entrapment drain cover for about $75.

Baker was the granddaughter of former Secretary of State James Baker III, and with his prodding, Congress passed the Virginia Graeme Baker Pool Safety Act (VGB) Dec. 19, 2007 as part of a comprehensive energy bill. The act mandates that all public pools and spas be fitted with anti-entrapment drain covers, and in some cases an anti-entrapment system, to prevent future drain-related drownings.

The bill’s backers thought they were requiring an inexpensive change that would save lives. What it has become is an incredibly confusing, and costly, requirement to solve a problem that is blamed for about one death per year.

In Wisconsin, the vast majority of pools would be in compliance with the new law if an anti-entrapment drain cover were installed. The cover costs less than $75. Not much to pay to save a few lives, right? So why are YMCAs, hotels, resorts, and municipalities paying $1,500 or more to come into compliance with the act? Pool operators say common sense did not win the day when it came time to enforce the law.

In Wisconsin and many other states, the Department of Health Services (DHS) is responsible for inspecting pools to ensure safety. But because some pools may need to install new drain systems to comply with the act, the state determined that the Department of Commerce, which oversees construction, had to be consulted first.

The state decided that each pool must be inspected by a certified engineer, who must submit a compliance plan for the pool to the Dept. of Commerce for review. Only after Commerce approves the plan can a new cover be installed or other needed work be done. Then the Commerce Dept. inspector must review the work to confirm it was done according to the submitted plan. Finally, the pool must be inspected by DHS before re-opening. That process must be followed whether a pool requires only a new drain cover or a complete rebuild.

Steve Parent is a professional engineer for Baudhuin Engineering of Sturgeon Bay. He provided the following outline of the minimum costs to an operator to come into compliance:

• Engineer’s fee for initial inspection and submittal of plan for compliance to the state Commerce Department:  $800 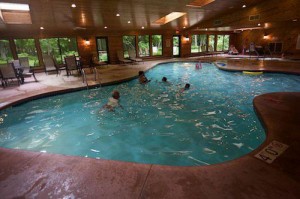 Replacing the covers at all of Door County’s public pools would cost a minimum of $324,000.

• Inspection by Department of Health Services:  $250

Those costs are conservative estimates and don’t include downtime while the pool is closed or added costs if more than a drain cover is needed. Parent said older pools may require breaking up the pool bottom to do new plumbing, or a vacuum release system may need to be installed at a cost of $800 – $1,000.

Most establishments with a pool also have a whirlpool or spa, so the average tab for a Door County establishment approaches $3,000 minimum.

Patti Bissen-Taylor, General Manager of the Landmark Resort in Egg Harbor, said she expects the act will wind up costing the resort nearly $15,000 for its eight pools to comply.

The DHS lists 216 pools in Door County that are subject to the law. Assuming a conservative average cost of $1,500 per pool, Door County operators will spend $324,000 this year that would have otherwise gone to the bottom line, hiring, or other needed improvements. Most of those establishments will only need to replace a drain cover.

Officials with DHS said they had no record of a death or injury related to a pool drain ever being reported in Door County. Nationwide, there have been 33 such deaths since 1984. Most, like Baker, were young children and were not supervised. Eighty percent of such deaths occurred in residential pools that aren’t subject to the new law.

“The resort has been here 25 years and we’ve never had any issues with our pools and our guests,” Bissen-Taylor said. “I don’t want to spend the money, but I have to.”

Alan Korn serves as Director of Public Policy for Safe Kids USA, an organization that worked hard to push the bill through congress. He said the act is not being enacted the way proponents envisioned.

“The vast majority of cases should be a fairly inexpensive fix,” he said. “People are selling up and recommending changes that aren’t needed. In most cases, all that is needed is a change in the drain cover, which can be done as part of the ordinary practice of opening their pool. An inspection by a certified engineer is certainly not what is required by the law.”

But it is what is required by Wisconsin, though nobody wants to take responsibility for how the act is being enforced.

Tony Hosinee at the Department of Commerce said his department didn’t come up with the rules and said the Federal Consumer Product Safety Commission (FCPSC) was responsible.

Kathleen Reilly, an FCPSC spokesperson, said it was left up to the state how to enforce the act and was apologetic for the unexpected costs.

“I’m really sorry that it has turned into this,” she said.

Not all states use the same enforcement model as Wisconsin, Parent said. Florida has 37,000 pools, and Parent said regulators there knew they couldn’t take on a cumbersome inspection process.

“In some states it’s as simple as having a licensed pool operator inspect the pool,” Parent said. “In Florida you submit paperwork and they determine if you’ve met the requirements. Then they will inspect sites to make sure they’re in compliance as part of their regular inspections over the next several years.”

Parent has inspected pools at 75 properties, and each pool has had to at least change drain covers. Less than 10 had to put in the vacuum release system. Parent said the state could have had health inspectors review pools first as part of normal inspections to see if more than a drain cover was needed, but those inspectors may not know if a pool has the right pump sizes, flow rates, and other technical details.

“They probably could have found an easier way with less paperwork and state involvement, but the people I’ve talked to with the state felt their hands were tied,” Parent said.