Good things have been happening rapidly at the Open Door Bird Sanctuary (ODBS) in Jacksonport. 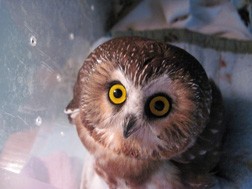 While that is a huge hurdle for the bird sanctuary, the organization got an even bigger boost from a licensed rehabilitator and educator in Germantown. Mary Schmaus wanted to retire from the business but needed a home for her 12 birds, and she knew about Hults after meeting his parents at a bird event in southwestern Wisconsin.

“It’s such a great mix of birds, really perfect for education,” Hults said.

All the birds have been through rehabilitation and, after examination from an avian veterinarian, have been deemed unable to survive in the wild due to their injuries. 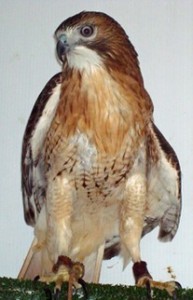 Hults is looking for volunteers to help with the move the weekend of Oct. 4-5. He is also looking for individuals who would like to be part of the bird care team. Volunteers for the bird care team must be willing to make a weekly commitment to help with the care of the birds as well as helping Hults with the educational programs. “There is a lot of training involved,” he said.

If you don’t have the time to volunteer, Hults is also accepting donations for the mission of the Open Door Bird Sanctuary. He said about a third of the $18,000 needed to build a bird care building has been collected. He also received a grant for a well, but that can’t go in until the bird care building is in place.

Eventually he hopes to have an “Adopt a Bird” program in place, so people can donate to help care for a particular bird.

“We suddenly went from one mouth to feed to 13 mouths to feed,” he said.

Anyone interested in volunteering or donating to the sanctuary should contact Hults at 920.724.1399 or via email at [email protected].