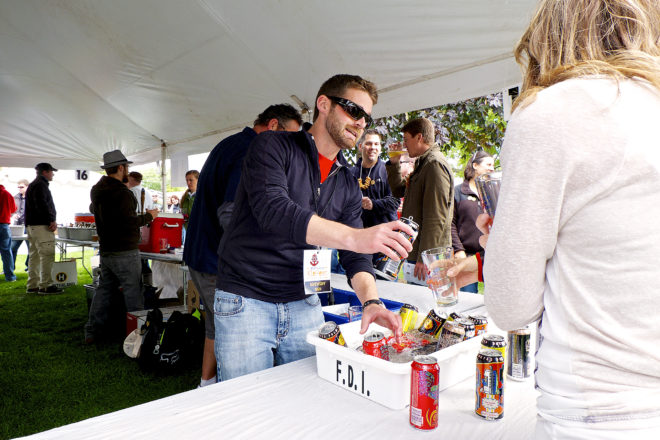 Fall is prime beer festival season and Egg Harbor AleFest is celebrating its fifth year on Sept. 17. The first festival was held in 2012 when a group of beer lovers and Egg Harbor Business Association members tapped into the growing craft beer scene. The festival was an immediate success and has grown every year since, with more than 700 people attending each year.

As in years past, there will be more than 40 brewers and 120+ different craft beers represented. From small independent craft breweries like Bare Bones and Forgotten Fire to larger, more well known breweries such as Milwaukee Brewing Company and Capital Brewery – there are plenty of brews to keep your taste buds intrigued.

WIFEE and the HUZz BAND will take the stage at noon for the VIP admission and continues throughout the afternoon. Ruby James and Stephen Cooper front this 10-piece band with a full horn section and smokin’ rhythm section.

Beer drinking commences at noon for VIP guests and 1 pm for general admission guests in scenic Harbor View Park. The park is located in the center of the Village of Egg Harbor, and overlooks the marina and the waters of the Bay of Green Bay.