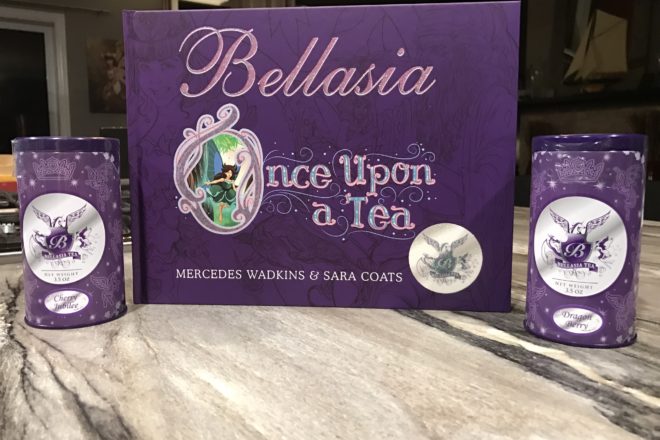 Bellasia Tea, a new business inspired by a mother and daughter’s love of fairy tales, is transporting tea drinkers to a fairytale realm, where wizards, fairies and dragons roam, with just a sip of a magical brew. Bellasia Tea medleys are inspired by the teas in a storybook created by Mercedes Wadkins and Sara Coat, Bellasia: Once Upon a Tea.

As a girl, Wadkins grew up enthralled by the tales within stories about magical and mystical lands. She and her husband adopted a little girl whom Wadkins shares her passion for fairytales with. However, her daughter Isabella noted that non-birth parents were presented in a not-so-flattering light within these tales, if they were included at all. With no happily adopted princesses to find, Mercedes took it upon herself to create a magical land with a creative, loving princess inspired by her daughter. Thus, Bellasia was written. It’s a story about a girl found in a garden made from love and magic, who becomes the princess of an unforgettable realm and the daughter of a lonely King and Queen. The princess uses courage, creativity, and kindness to heal dragons and make a wonderful tea that helps to heal the realm of Bellasia.

Through Bellasia Teas, the enticing concoctions made by the princess are brought to life. Offering eight unique and fun flavors, the company allows tea drinkers to feel as if they’re in the princess’s realm.