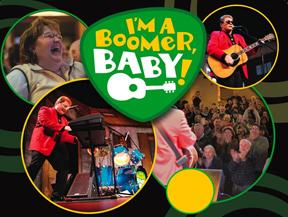 The show, which is a fun-loving musical romp through the Baby Boomer era, will run Tuesdays, Thursdays and Saturdays from August 26 through October 25.

"This year’s show will have a lot of the same music and comedy as last year, but with some great new segments added," said Dan Riley, the star and creator of the one-man show. "Last season we had many folks who came to Mr. G’s, but based on all the calls and emails we’ve been getting, I know there are still plenty of people who want to see it for the first, second or even third time."

"Another thing that we’re happy about," says Riley, "is that we’ve worked it out with Mr. G’s so that they can offer the same popular dinner entrees – including the prime rib – without raising the ticket price!"

Mr. G’s is located two miles south of Jacksonport on Highway 57. To learn more about the show visit http://www.boomerbabyshow.com. For information and reservations call 920.823.2100.