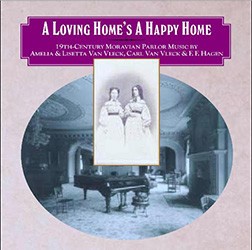 I feel the need to start this off by saying in all my years on earth, in all the different places I’ve lived and all the different people I’ve met and talked to, I had never heard of Moravians or the Moravian Church until moving to Door County.

Had I not moved to Door County and never learned about Moravians, I would have missed out on a wonderful convergence of events.

I am a vinyl record collector who likes to listen to my ever-growing collection. I recently listened to one of my all-time favorite records in the collection, a compilation album that traces the roots of R&B and rock ‘n’ roll from a variety of black musicians active between 1942 and 1952.

It features amazing artists and contains extensive and enlightening liner notes on the times, the music and the performers. I have several other treasures from the same label that explore everything from Tin Pin Alley songwriters to avant-garde jazz. The label is called New World Records.

The one I was listening to recently is called Straighten Up and Fly Right: Rhythm & Blues from the close of the Swing Era to the dawn of Rock ‘n’ Roll.

The title Straighten Up and Fly Right comes from one of the 16 great tunes on this record, in this case the 1943 single by the Nat “King” Cole Trio, before Cole had become the easy listening crooner that was his destiny (I guess we call that smooth jazz today). But in 1943, Cole’s reputation as a jazz pianist rivaled the acclaim for his voice.

While listening to Cole’s trio doing “Straighten Up” and all the other great songs, starting out with Lionel Hampton’s 1942 wartime rocker, “Flying Home” and ending with Muddy Waters’ “Hoochie Coochie Man” in 1952, I got to wondering if New World Records is still around. 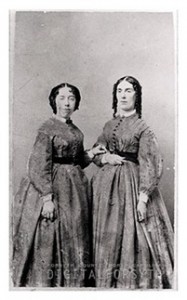 What the? This was meant to be. So I shoot off an enthusiastic email to New World Records and a few days later a copy of the two-disc A Loving Home’s A Happy Home arrived. Sadly, vinyl days are apparently over for New World Records because this release is on CD. I have an acre or two of CDs, but I only listen to them in the car, where I have a six-disc CD-playing machine. But I wanted to listen to this in my “parlor” (hadn’t heard that word in decades), not while transporting myself in a horseless carriage.

So I dug out my old CD machine and hooked it up to my stereo and fired up a lovely collection of music, a mix of 16 solo piano pieces and 15 works for voice with piano accompaniment.

Classical piano is one of the many things I collect on vinyl, and I’m particularly fond of Chopin. I detected a similar fondness for Chopin in several of the piano pieces on the first disc in particular.

New World Records notes, “18th and 19th century Moravians considered music as a necessity of life, not as a cultural veneer.” And back in the old country, the same masters who trained Mozart and Haydn trained them, “thus they came to the New World fully conversant with the taste and practice of European classicism.”

The composers, all named in the full title of the recording, are part of what New World Records describes as a Moravian musical dominance for a time in America.

“The Moravian musical heritage is an important piece of American musical and cultural history in that it represents the finest body of music written or performed in America during the 18th and early 19th centuries. During the 80 years from about 1760 to 1840, American Moravians wrote hundreds of anthems, duets, solo sacred songs, and instrumental pieces, and collected hundreds of others – both printed and hand copied,” New World Records says in a press release announcing the arrival of A Loving Home’s A Happy Home.

The stars of this recording are Amelia and Lisetta Van Vleck, who, along with their sister Louisa, are described by New World Records as “Perhaps the most ‘colorful’ and engaging women in Moravian musical history…”

They were born into a family of musical Moravian ministers and were genetically predisposed to make music.

Their father, Carl Van Vleck, is also represented on the disc, as is Francis Florentine Hagen, composer, New World Records tell us, of “the beloved hymn ‘Morning Star’ and a number of sacred anthems.”

Don’t let the sacred anthems scare you off. It certainly did scare me for a moment, and then I read on and learned that this is a collection “of a hitherto undocumented facet of Moravian music culture – secular works for enjoyment at home.”

Well, I enjoyed it in my “parlor.” For more information, visit newworldrecords.org.