As the government shutdown and the debt-ceiling limit unfolded before our eyes in the media recently I had what I will simply describe as a “Steve Grutzmacher Idea” for easing the conflict. The beauty of the idea is in its simplicity: before any member of the House or the Senate goes into chambers; before any representative or senator goes into committee; before any meeting with the President at the White House all elected officials and their staff should be required to spend 15 to 20 minutes listening to a specific playlist to put them in a cooperative mood. All we need is the playlist that will accomplish this goal.

Sure, I have a few songs that I believe might be appropriate, but the idea of the whole thing is fostering cooperation, so rather than fill this column with just my musical choices I decided to toss this idea out to my co-workers at the Pulse.

Well, folks, I got some great responses and that led me to feel that I should reprint those responses in this column rather then summarize their content. I would like to point out this marks the first time in 20 years that anyone other than myself has written any content for this column (at least anyone who isn’t a character inside my head).

One more thing I would point out: if you don’t personally know any of these intrepid Pulse people, you will probably get at least a hint of their personalities when you read their choices below.

Despite my age (particularly in relation to the majority of my co-workers at the Pulse) I knew almost all the songs they named. The few I didn’t I quickly located on YouTube. So if you find yourself perplexed by a song or performer noted below, grab your laptop, do a search, and then listen to see if you agree with the choice or not. 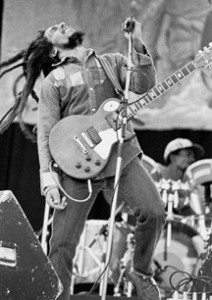 • “Imagine” by John Lennon and “One Love” by Bob Marley: Very obvious choices there.

• “Do They Know It’s Christmas” by Band Aid: Terrible hair and a wildly cheesy music video, but the song promotes giving and accepting those less fortunate. “And in our world of plenty/We can spread a smile of joy/Throw your arms around the world/At Christmas time.”

• A slew of songs by Michael Jackson. I know, I know, he has a bad rep. He went a little nuts there. But if you look at his repertoire of music, he never writes anything hateful. In fact, much of his music promotes peace throughout the world and brings world issues to light.

An example is “We are the World,” a song performed by USA for Africa, featuring Ray Charles, Diana Ross, Cyndi Lauper, Bruce Springsteen and Willie Nelson to name a few, was written by Michael Jackson and Lionel Richie. Unlike other over-sexed, flashy Super Bowl performances, when Jackson performed the half-time show in 1993 he ended the show with that song and brought a choir of children from around the world on stage with him. Other noteworthy Jackson songs include “Black or White,” “Earth Song,” and “Heal the World.” I have a lot of respect for him as an artist and performer!

So Sally, thinks our elected representatives would be well served to listen to the “King of Pop.” Now we move on to Carol Thompson, our intrepid News Writer.

• “Fast Car” by Tracy Chapman: A poignant song that should remind legislators who they’re working for. Tough times breed more tough times. How are they going to help?

• “America the Beautiful” by Ray Charles: I’m a dork and this song gives me chills. Ray Charles’ version puts a smooth spin on the traditional song, but still celebrates our country’s natural beauty, reminds us that real heroes put others above themselves, and pushes Americans to work together. It’s a little on the churchy side, but appreciating what we have is a good practice for all of us, no matter our religious creed.

• “Effect and Cause” by The White Stripes: This song points out how ridiculous partisanship looks in the end – “I guess you have to have a problem if you want to invent a contraption/First you cause a train wreck and then you put me in traction/Well first came an action, and then a reaction, but you can’t switch around for your own satisfaction/Well you burnt my house down, then got mad at my reaction.”

• “Peace Train” by Cat Stevens: It’s catchy, it’s meaningful and you get to clap. What else could you want in a song? Come on, Congress, all aboard! 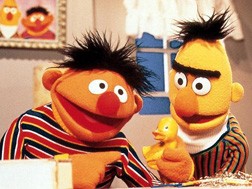 • “But I Like You” by Bert and Ernie: I think the White House needs to take a field trip to Sesame Street. In this song, Bert and Ernie discuss their differences – Bert likes paper clips, bottle caps and pigeons; Ernie likes playing jokes, his rubber duck and bubble gum. But that’s ok; they still get along and even found some common ground – “I’m not crazy about any of those things, but I like you!”

I confess I really like Carol’s list. I like the diversity of styles and artists, I like all of the songs (by the way, Carol, I was around when “Peace Train,” was a new song and was being played on the radio – my AM, radio!), and who doesn’t love Bert & Ernie.

Of course, now I am out of room for this issue, which means this column will continue in the next issue of the Pulse with lists from our Events Calendar Manager, our Editor in Chief, our Editor, and maybe there will even be room for my list. In the meantime, if you have a list – or even a single song – you think our elected officials should listen to before they sit down to legislate, send it my way or post it in the comments section underneath my column on ppulse.com.