Steve Libert, 60, has been actively searching for Robert de LaSalle’s Le Griffon in Lake Michigan for 30 years, half his life. He spent many years as an intelligence analyst with the Defense Mapping Agency (now the National Geospatial Intelligence Agency), until he retired last year to focus on the search for Le Griffon. 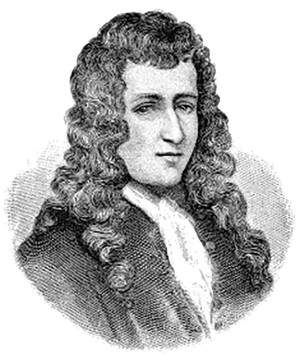 LaSalle, a French explorer, had been in the New World since 1666, searching for a passage to the Orient and claiming for King Louis XIV much of the Great Lakes region and the Mississippi River basin, a vast expanse of land that extended north of the Great Lakes and from the Allegheny Mountains to the Rockies. He established friendly, respectful relationships with many of the Native American tribes and was instrumental in creating a lucrative fur trade with the Algonquians in the late 1600s.

The 40-foot Le Griffon was built and launched near the mouth of Cayuga Creek on the Niagara River near Fort Frontenac (modern-day Kingston, Ontario), on August 7, 1679. Le Griffon was a 45-ton barque (a barque has at least three masts, all of them square-rigged except for the stern mast, which is fore-and-aft rigged).

LaSalle and Father Louis Hennepin, with a crew of 32, sailed through the uncharted waters of lakes Erie, Huron and Michigan to either Washington Island or Rock Island, where fur traders LaSalle had sent ahead were waiting with 12,000 pounds of furs.

On September 12, LaSalle and most of the crew headed in canoes for La Grand Baie (the old name for Green Bay). Le Griffon’s pilot, four other men and one boy aboard were ordered to take the furs and some equipment for another ship LaSalle planned to build back to Mackinac Island, where they would be picked up later. The men waited out a violent four-day storm, but left on September 18 in good weather. LaSalle never saw the ship again.

Father Hennepin wrote that Le Griffon sank in a storm. Others believed that she was destroyed by fur traders, Jesuits or hostile Native Americans. It is known that there was a violent storm a day after the ship left Washington Harbor, and Native Americans initially reported that they saw Le Griffon “being tossed about in such an extraordinary way that it could not weather the storm, although they had cut down all the sails.”

Two years later, LaSalle wrote that he heard from other Native Americans that the ship and crew survived the storm, scuttled the ship and made off with the furs, worth 50,000 to 60,000 francs ($10,000 to $12,000). It was later reported that the pilot, an unusually tall Dane named Luc, and another sailor aboard Le Griffon had been captured by the Sioux. No proof exists for any of the stories. 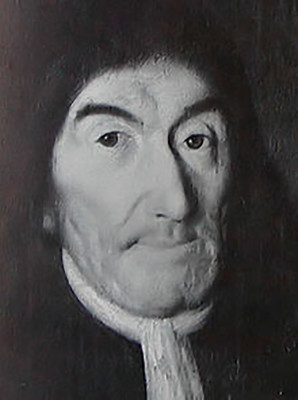 If Le Griffon did sink, it was likely the second of the more than 8,000 shipwrecks to occur in the upper Great Lakes. The first is thought to be another of LaSalle’s ships, possibly named the Frontenac, that sank on January 8, 1679 in Lake Ontario. Because of the historical importance of Le Griffon and the clues it would hold to shipbuilding and exploration in the late 17th century, Libert calls it the “Holy Grail of the Great Lakes.” More than 40 expeditions have failed to find it.

Libert and his wife, Kathie, operate the Great Lakes Exploration Group, LLC. Although their primary goal is finding Le Griffon, Libert also has an interest in underwater exploration and shipwrecks in general and has consulted on the Titanic and the recovery of the Confederate submarine, the CSS Hunley.

Since no debris was ever found, it is assumed that Le Griffon, whether it sank or was scuttled, went straight to the bottom.