Nancy Fisher has been on the Egg Harbor village board since 2004 and served as president for the last six years. She decided not to run for the position again. Pulse reporter Carol Thompson sat down with her to talk about her experience in Egg Harbor government, and what she’ll do next. 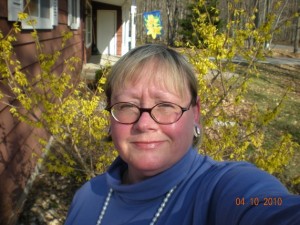 Carol Thompson (CT):  Why did you run for village board in the first place?

Nancy Fisher (NF):  It seemed there was the potential to do some really significant things. I had the time and the energy and, I hope, the insight. I started going to a number of the meetings and getting a sense of what was on the agenda and how the trustees interacted with each other and then I jumped in.

I really enjoyed the time on the board. I’m not going to say it’s fun because I don’t think it’s supposed to be fun, but it was very rewarding for five out of six years. The past year has been difficult.

CT:  What made the last year difficult?

NF:  In 2012 we had some personnel issues – these were primarily closed session discussions. It just was energy sapping.

We are back on track, we have two great people in the office Lynn Ohnesorge and Michelle Anderson. I feel very confident that things have turned around, but for six months or so in 2012 it was really tough.

Then we had five elections that just had us scrambling to get everything organized and keep stuff on track. As I said I think all that’s behind us. The new board will have one new trustee and a new president who has been a trustee since November.

CT:  Why did you decide not to run again?

NF: I believe in term limits for all office holders. They’re not mandated so that means they have to be self-imposed. And for me, six years was the right amount of time to conclude what I thought I could bring to the party.

CT:  When you started, what did Egg Harbor look like?

NF:  There was a beach; it was half the size it is now. The marina was failing. The old marina had serious structural issues and we were very concerned about that. We brought in a new administrator four months after I became president.

CT:  How did Egg Harbor change while you were on the board?

NF:  I think we accomplished a fair number of good things – not only the very visible projects like the beach and marina – but some smaller ordinance revisions and we introduced new ordinances that make things more fair.

One of the first things in my first term was an ordinance for light pollution control. I feel really strongly about the beauty of our nighttime sky, and the lighting in most of the villages is so glarey, I hate it. I happen to come from a lighting background so I was acutely aware there’s a better way to do things. We’ve been replacing streetlamps and that will be finished up this year.

We’ve been really fortunate to have a robust business community, which isn’t necessarily true of the other areas.

I think [Egg Harbor] is more vibrant now. Egg Harbor isn’t the place you ‘pass through on the way to Fish Creek.’ We’ve heard that for so long; we wanted to plant our flag and say we are a wonderful community in northern Door County that has a lot to offer. Try the variety of things we’ve got here.

We’ve really made an effort to be as conservation minded, as ecologically aware as possible.

CT:  What conservation steps have you taken?

We really feel strongly about the water, our environment. We have reed beds at the wastewater treatment plant to break down some of the solids and not use extra chemicals.

We really want to have that be one of the village’s significant leadership roles. This is a pretty fragile environment and I think everyone’s becoming aware of that.

CT:  What’s in the future for Egg Harbor?

NF:  I think Egg Harbor is in good shape. I’m pleased to leave it to the new board and we have a couple things on our plate. We’ve set the location for the next great project, the Cowles Village Center, which consists of the library, the visitor center, an education space, perhaps a space for the historical society.

CT:  Can you tell me more about working in government?

NF:  To anyone that’s interested in running for office I’d encourage them completely. I hate the fact that so many of our races are uncontested. I find that most people are very civil when they deal with trustees. Their opinions are important and they matter tremendously and people do take the time to let you know what their ideas are and that’s a really good thing.

If you’re going to run you need to attend some meetings, understand the format of meetings and what’s possible, get a sense of what the structure is, what the committees are, and just be prepared. I spend a lot of time prior to a board meeting doing internet research, going through my packet, making notes and making phone calls.

One of my key phrases is ‘no surprises’. I really don’t want to have a surprise from my administrator, or something that was unanticipated. Try and cover as much ground as possible in your research for a meeting, and be able to speak intelligently. If there’s an aspect that you don’t know then just be honest. It can really be rewarding. There are always committee positions that go begging.

CT:  What is your reaction to Joe Smith running unopposed for village president in April?

CT:  Will you remain involved?

NF:  I’m looking forward to doing more with projects at the Humane Society, particularly now that our space has expanded

The only committee I plan to remain involved with is the ad hoc committee for [making Egg Harbor a] Bird City. I think the break should be clean and irrefutable. Just sever that and wish everyone else the best. Don’t muck around, let them find things out on their own.

Nancy Fisher is one of the three presidents of northern Door County villages not running for the seat in April. Denise Bhirdo in Sister Bay and John Cox in Ephraim will also not run.