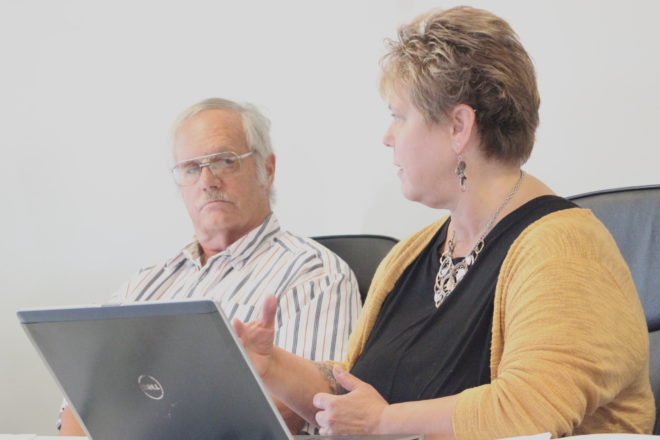 The Town of Nasewaupee has a short-term-rental (STR) ordinance in place, but with no full-time town employees to manage the code for those rentals, town clerk Jill Lau informed the board July 21 that it must decide how to enforce the ordinance.

Lau said a letter is sent to those found out of compliance with the ordinance that gives them 45 days to apply for a permit.

A violation of the town’s STR ordinance carries a $100 fine, and second and subsequent offenses carry $200 fines.

Lau said she’s been able to handle the permit applications, which is “extremely time consuming,” but enforcement is “beyond being manageable by just me.”

“It’s enough to keep up on the applications, and then have to then go out and start monitoring who’s applied, who hasn’t applied,” she said.

Nasewaupee contracted with Granicus, a company that searches online to help identify STRs being offered within the town and determine whether those are in compliance with the town’s regulations.

“[The Town of Nasewaupee has] a program that assists us with receiving applications and monitoring sites and providing us tools to run reports,” she said. “You can have all the reports and tools you want, but if you don’t use them, or have somebody that has the time to do that, it doesn’t pay for us to have the reports or anything else.”

STRs are defined in state statute and the town’s ordinance as “a residential dwelling that is offered for rent for a fee and for fewer than 30 consecutive days.” Lau said the town currently has 95 STR units identified, based on websites such as Airbnb and Vrbo. She said the town is aware of other STR properties that may not be using an advertising site and are not identified in the 95 units.

In addition, Lau said there are properties that advertise only one unit of the three or four they have on an STR website, and there may be additional units not identified.

Of the 95 STRs currently identified, she said 71 are either pending applications or applications that require corrections or additional information; fully compliant; or no longer renting. Lau said another nine do not have a parcel number identified, and it is undetermined at this time whether they are actual STRs. She said 15 found to be noncompliant were identified as having one rental unit on their property.

Of the 12 letters sent out in early June for noncompliance, Lau said responses from the owners of two properties stated those units are no longer STRs, though one is still advertising on an STR website but rents for no fewer than 30 days, according to the advertisement.

Lau, who is also the Door County clerk, suggested the town either hire an external employee, or have the three town board members come up with a plan for how to enforce the ordinance.

“You have to have somebody that’s going to log in on a regular basis, run the report to see who’s noncompliant, send out the letters, do the follow-ups, all of that,” she said.

Lau said other towns within the county, such as Liberty Grove and Sevastopol, have full-time employees who can manage an STR ordinance.

Town chair Steve Sullivan said he had hoped it would have been simpler to enforce the STR ordinance after the board adopted it last year. Sullivan said that prior to the board’s next regularly scheduled monthly meeting Aug. 18, he will be looking into finding someone who could manage the STR permits.