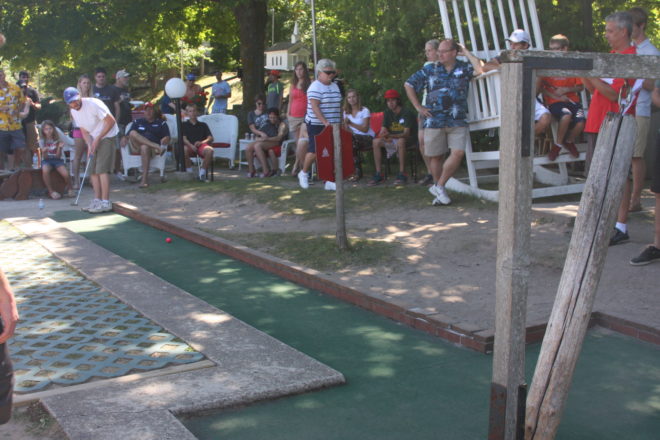 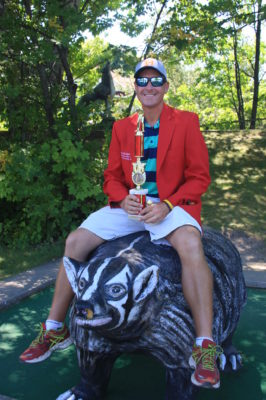 Nate Nichols tied the course record with a 31, part of a 3-round score of 107 at the Red Putter Pro Tournament Aug. 6.

Nichols topped 68 other competitors to take home the $2,000 first place prize with a three-round score of 107.

Kevin Lacey, of Cincinnati, Ohio finished a close second place with 108 and there was a four-way tie for third place with Austin Weigman, John Sawyer, Matthew Kraus and Nate Gomoll all at 111. After a tie-breaker playoff that lasted 3 holes, Kraus took the 3rd place trophy.

Austin Weigman took home the trophy for Best Single Game with a score of 31 that tied the course record.

Next year’s tournament will be held on Saturday, Aug. 5, 2017.  Players can now qualify for next year’s tournament by shooting under par on the course. Several have already qualified and have their names on the Red Putter Pro Board.
The next event at The Red Putter will be the Frostbite Open, held on New Year’s Day.  There is no need to qualify for the Frostbite Open, you just have to be crazy enough to want to golf on New Year’s Day.