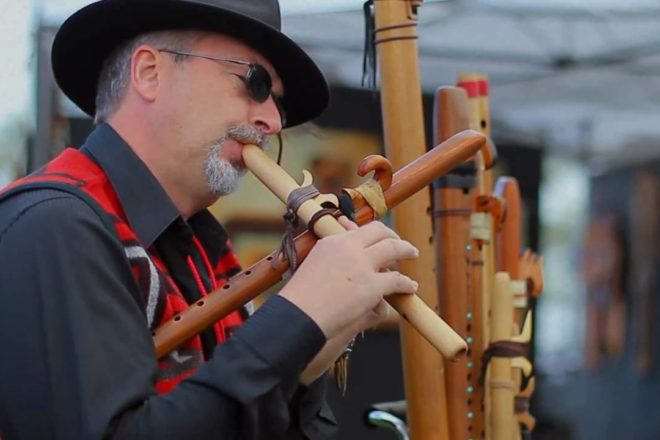 Vibhas has spent more than 20 years studying Native American music, mastering the Native American flute and creating his own sound and style. He performs and teaches nationwide and is working on an educational book, How to Play the Native American Flute, that integrates traditional repertoire and original songs.In case of inclement weather, the performance will be held at Gibraltar’s Old Town Hall, 4167 Maple St. in Fish Creek.