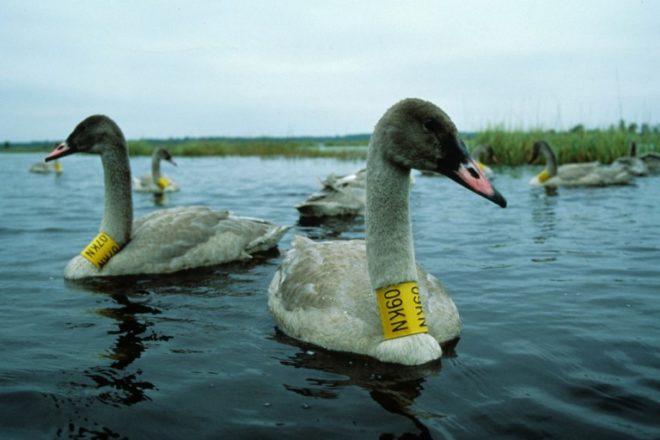 Not that this would ever happen here in Wisconsin — a model for environmental stewardship — but imagine a time in a fictional place when public stewardship of the environment takes a backseat to partisan political priorities.

Suddenly, in this fictional place (let’s call it Nisnocsiw), where they have never heard of the conservation ethic of people such as Gaylord Nelson and Aldo Leopold and John Muir, cutbacks in public land stewardship becomes standard operating procedure because there is no immediate benefit seen in expending public funds on conservation of the state’s abundant natural resources. Nature will just have to fend for itself amid encroaching development.

“Our founders 30 years ago had the vision and foresight to realize public funding would never be adequate to fund and care for our lands, waters and wildlife,” said Camille Zanoni, who serves as development director of the Natural Resources Foundation of Wisconsin, an organization created in 1986.

“The impetus behind our formation was several people within the Department of Natural Resources were concerned with levels of funding for public natural resources conservation,” Zanoni continued. “They had noticed models for public institutions like University of Wisconsin — Madison, where it was a public institution supported in part by a foundation, in that case, the UW Foundation, which was channeling private support for the university. And they thought, well, let’s see if we can do that for Wisconsin parks and state natural areas and waterways and endangered wildlife.”

Ron Semmann, foundation co-founder and current board member, credits former DNR Secretary and Wisconsin Conservation Hall of Fame member C.D. “Buzz” Besadny with inspiring the foundation with one line in Semmann’s job description when he was hired to head the DNR’s Office of Planning and Analysis:  Seek alternative funding.

“We knew that a leading option to do so could be a private nonprofit natural resources foundation,” Semmann wrote in a blog about the creation of the foundation on its website at wisconservation.org.

In researching the idea of starting a foundation, the founders learned that 14 other states had tried something similar, with varying degrees of success. That was all they needed to give it a go in Wisconsin. One of their first decisions was to determine the scope of the foundation — would it apply only to DNR programs or to the larger conservation community in the state? They chose the latter.

Start-up money trickled in in the form of small donations from DNR employees, until a DNR board member donated five acres of land that the group was able to quickly turn into $25,000.

While there are many conservation groups doing good throughout the state, the Natural Resources Foundation is the only statewide nonprofit that allows citizens to personally support and get involved in the state’s highest priority conservation projects.

“There are innumerable worthy conservation organizations working diligently for prairies or wetlands or The Nature Conservancy protecting private sanctuaries, but we’re the only ones that work across land and water conservation and endangered wildlife protection and restoration and conservation education. Those were the three pillars when we were formed and they remain our three primary pillars today. It’s a very unique niche,” Zanoni said. “The foundation is one of the few — actually, the only, without exaggeration — statewide conservation nonprofits that provides a bridge for citizens throughout the state to personally support and get involved in the conservation of Wisconsin’s highest priority conservation needs and the natural resources that are truly our most biologically important.”

The foundation’s first major triumph was providing funding to help reintroduce the trumpeter swan to Wisconsin. The trumpeter swan, the largest native waterfowl species in North America, was down to double-digit numbers in Wisconsin in the early 1990s. A 2015 aerial survey by the DNR found 4,695 trumpeter swans in the state.

“We were asking for private support from the public,” Zanoni said of the trumpeter program. “We did that through the Natural Resources magazine, not only through articles but through targeted mailings to its subscribers. That was how we formed the early basis for our membership.”

That flagship project really put the foundation on the map, leading to a whole series of conservation success stories.

“What happened in the years ahead was monumental,” Semmann writes. “I temporarily left the organization because of an appointment as deputy secretary of the DNR. Marty Henert took over the reins as executive director. He was followed by Laurie Osterndorf, Charlie Luthin and now Ruth Oppedahl. Each moved the foundation to a new, expansive and successful plateau. With staff, they each added new permanent programs and new goals.

“Success came in the form of a well-recognized Field Trip Program, a C.D. Besadny Conservation Grant Program, support for state natural areas, numerous specialized endowment funds, the management of escrowed funds for state clean-up projects, a Bird-a-thon, millions of dollars to the DNR, and most recently funding for the new Cherish Wisconsin Outdoors Fund. And the list goes on.”

Zanoni refers to creation of the field trip program 25 years ago as the second big leap for the organization.

“That has been highly successful,” she said. “In fact we offered five field trips in Door County last year. Through that field trip program we started attracting more people who wanted to explore these special places. We have earned more members through this than any other activity we’ve engaged in.”

She points out that the foundation has supported conservation in all 72 counties.

“Throughout our history we have given out more than $6.5 million to priority conservation programs, and that includes several very wonderful projects in Door County,” she said. “We have funded some of the premier state natural areas, which are of global importance. Some of the wetlands are just extraordinary places. The foundation has helped fund land restoration and management at state natural areas like Moonlight Bay and Baileys Harbor, Toft Point and North Bay. We’ve given out more than a dozen conservation grants to some of the groups working in Door County to protect your natural resources. That includes a grant to Ridges Sanctuary for their Logan Creek hiking trails. We gave a grant to the Village of Ephraim for the Ephraim Wetlands Preserve. Door County Land Trust received a grant from us for the Bay Shore invasive plant eradication project. DNR has received some grants for their fishery and Peninsula State Park. Just last year we gave two grants to the Open Door Bird Sanctuary for some great conservation education work they’re doing.”

The foundation also added an endowment program about 10 years ago.

“We set up the structures for that and offered the opportunity to establish a permanent conservation endowment for a place, a program, an organization,” she said. “We’ve had nearly 80 funds created, representing $6 million in conservation assets. That has brought in a whole new group of donors for us and greatly enhanced the level of philanthropy among existing members. We noticed donors love the idea of a perpetual source of support for the things they love. We’ve had donors endow particular places like Devil’s Lake State Park or bird species or programs like environmental education for youth in our schools. It’s channeled an extraordinary level of philanthropy for the organization.”

“We have a newsletter that goes out monthly and a quarterly magazine called Bridges, a wonderful resource for conservation needs and happenings,” she said.

“We always want people to know that they have a lot of power to make a difference for Wisconsin’s natural resources through their individual actions and choices, through the causes they support, the awareness that they bring, and the foundation is very honored to serve as one of those bridges for people to help take care of those places that we all love and enjoy.” 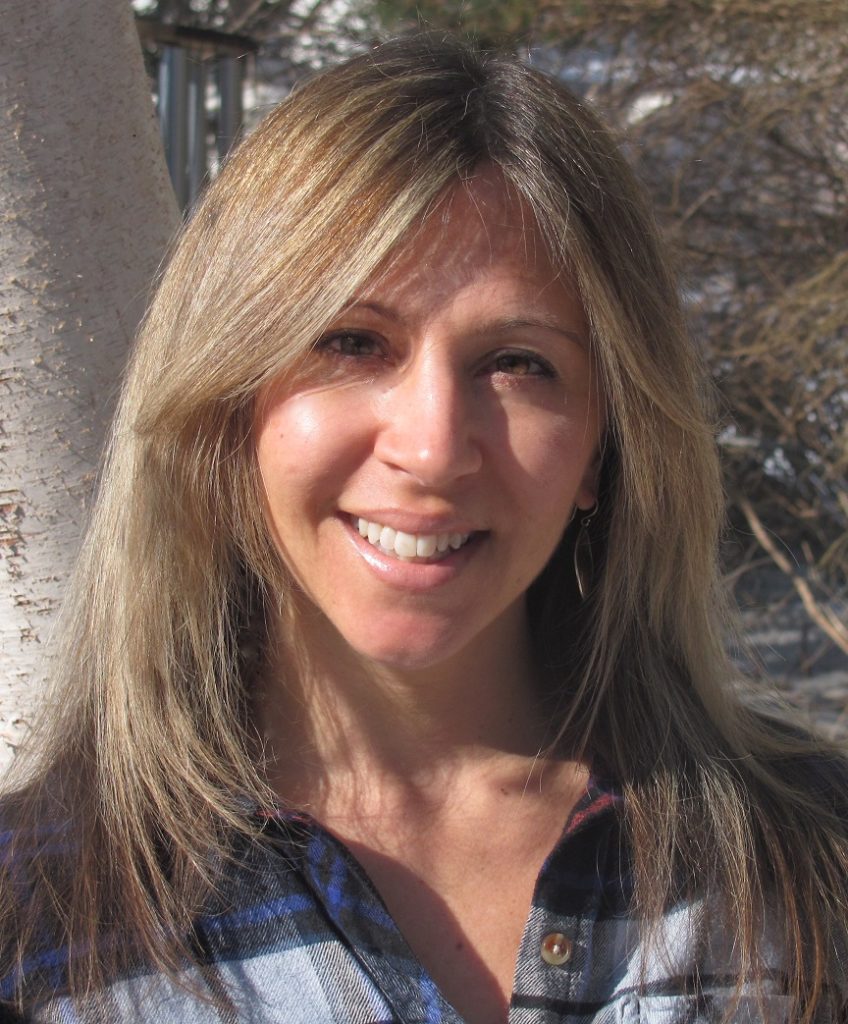 Camille Zanoni is not prepared to say that cuts to public funding in the natural resources area result in more donations to the Natural Resources Foundation of Wisconsin, but she will say there does seem to be a correlation.

Zanoni, development director of the Natural Resources Foundation of Wisconsin, said people responded with donations when public conservation funding seemed under attack in the 2015 – 17 state budget, with the governor’s call for a multi-year freeze on the Knowles-Nelson Stewardship Fund, the elimination of some funding for state parks and some science positions in the DNR.

More directly for the foundation and 10 other conservation nonprofits in the state, the budget eliminated more than $1 million in capacity grant funding.

“We lost what was called a state capacity grant the state had previously provided us, and it was a nice model,” Zanoni said. “The state provided an $84,000 capacity grant to our foundation that we leveraged against private philanthropy, and returned for every dollar the state provided us, $4 to $6 back to state conservation programs, directly back on the ground to state parks, state forests, wildlife conservation and conservation education programs, so it was a wonderful return on investment, in our mind. But it was cut along with the other cuts to conservation.”

But the public responded with donations.

“That’s why we exist, to be that bridge for conservation philanthropy, for those who love Wisconsin and want to take action to conserve it so future generations inherit a Wisconsin as diverse and beautiful as the one they enjoyed in their lifetime,” Zanoni continued. “It’s a wonderful role that the foundation plays, and it’s a role we think is more important than ever. I don’t know what the future trends will be for public conservation funding, but if it continues to decrease or stay at the level it is now, our role will be even more important.”