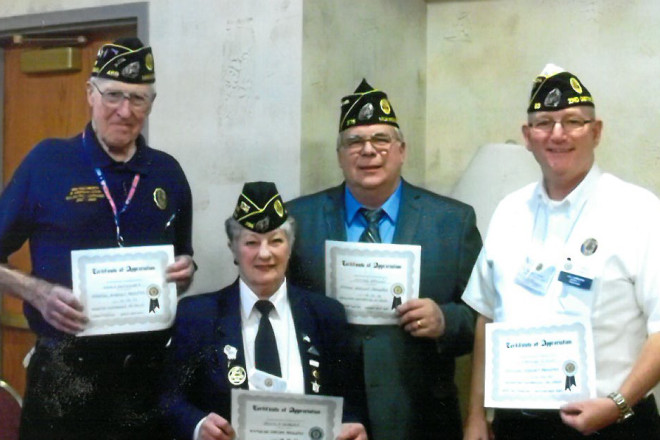 Nellie P. De Baker led a Historian Workshop at the American Legion Midwinter Conference in Wisconsin Dells on January 16, 2016. De Baker’s topics covered the who, what, where, when, why and how of compiling history books. Other workshop leaders and their topics were Donald Southworth, “How to Put Together a Winning History Book;” Jeff Antzcak, “The Green Historian;” and Greg Eirich, “Computer-Generated History Books.” De Baker has written, compiled and carried out more than 45 historian workshops, most of them for the American Legion. She has more than 70 workshops to her credit covering numerous topics, including 17 various workshops for the Navy Club at the State Meetings.