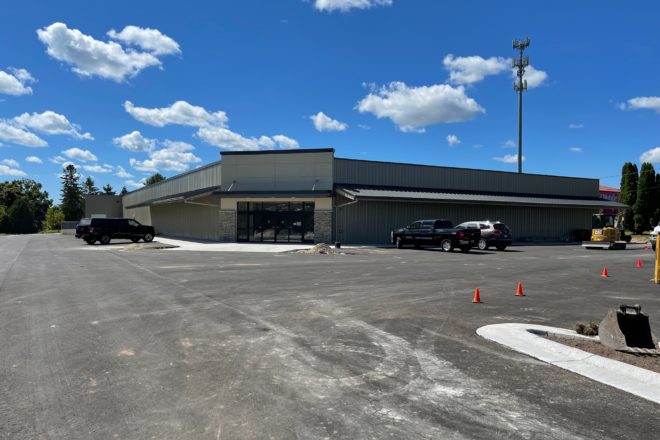 The new space for Sturgeon Bay’s Ace Hardware store on Egg Harbor Road, across from McDonald’s, is shaping up for what’s expected to be an autumn move from the existing space at the corner of 3rd Avenue and Egg Harbor Road in downtown Sturgeon Bay.

Majority shareholder and third-generation owner Amy (Austad) LaBott told the Peninsula Pulse in May 2021 – when she first bought the lots from the City of Sturgeon Bay (one was vacant, and the other was the former home of Bank Mutual) – that her existing store had outgrown its space and parking.

LaBott’s grandfather, Russell Austad, had managed the hardware store at its current location before buying it. LaBott’s father, Dan Austad; and his brother, Tom, became the second-generation owners.

LaBott returned to Sturgeon Bay and the family business from Menasha in 2000. When her father retired in 2006 and her uncle died in 2010, she bought out their shares. Photo and text by D.A. Fitzgerald.