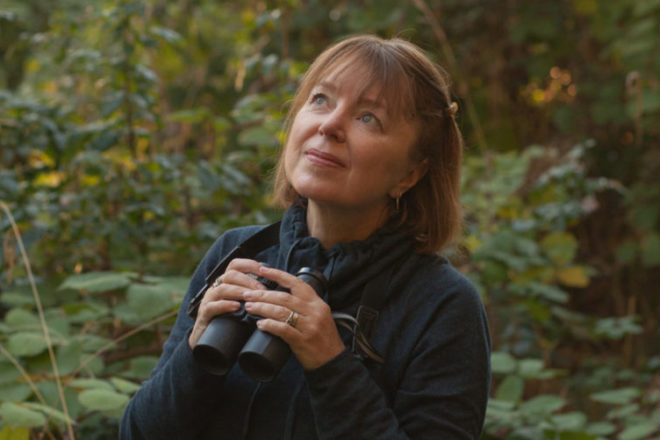 Award-winning author, naturalist, ecophilosopher and speaker Lyanda Lynn Haupt will join the roster of presenters at the 2022 Washington Island Literary Festival, presented by Write On, Door County. She’ll replace Marie Mutsuki Mockett, the author of American Harvest, who received a Fulbright Award that requires her to travel to Japan during the time of the festival.

Haupt has written six nonfiction books – most recently, Rooted: Life at the Crossroads of Science, Nature, and Spirit – that explore the beautiful, complicated connections between humans and the wild, natural world.

She has earned the Sigurd Olson Nature Writing Award, Nautilus Book Award and two Washington State Book Awards, and she’s been a finalist for the Orion Book Award.

The 10th annual festival’s theme of “Crossroads” is intended to explore the ways in which we find ourselves at personal, cultural and national crossroads.

The Washington Island Literary Festival will take place Sept. 15-17 at the Trueblood Performing Arts Center and other venues around the island.

The programming on Thursday, Sept. 15, includes a free creative lab that’s open to all, led by writers and festival committee members Paula Carter and Elizabeth Evans-Sachs. The five presenting authors will lead writing workshops on Friday, Sept. 16, and the programming on Saturday, Sept. 17, is designed for both readers and writers, with a morning panel discussion followed by individual talks by all of the presenters.

Writing workshops are filling quickly, so early registration is recommended. Find out more and register at writeondoorcounty.org/washington-island-literary-festival-2022.