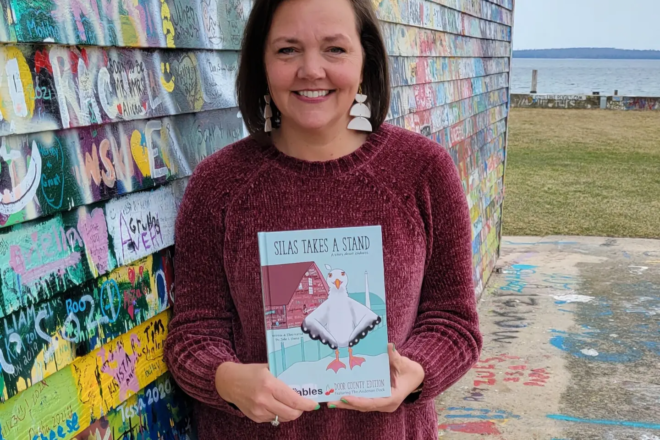 Julie House with her new book.

Julie House, a local author of four children’s books, is featuring Anderson Dock in her fifth work, Silas Takes a Stand, set to be released this month. The rhyming picture book is part of a series, Furables, that’s geared toward children ages 2-8. The first four works feature pets of House’s family and friends, as well as true stories that teach life lessons about fear, temptation, anger and love.

This Door County edition highlights the greedy nature of seagulls and tells the story of a young gull named Silas who breaks the mold by trying to teach kindness to the other seagulls on Anderson Dock.

The book will debut at Sister Bay’s Festival of Fine Arts on Aug. 13. The Furables series is available in several local shops and at Furables.com.