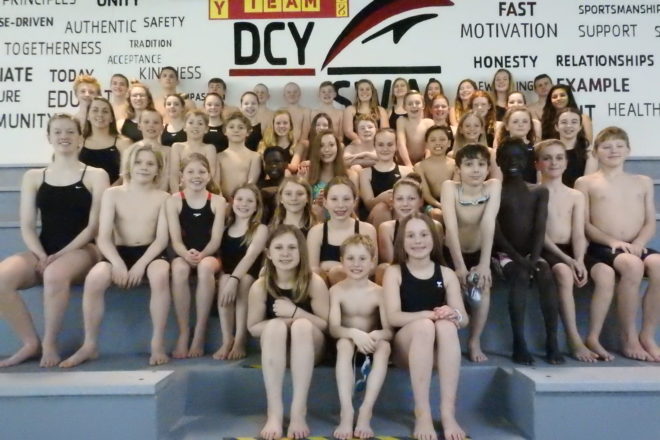 A new swim season will be soon underway at the Door County YMCA. The DCY Swim Team, comprised of more than 140 youth swimmers representing both Northern Door and Sturgeon Bay, achieved recognition at the state and national level. In 2017, the DCY Swim Team attended more than 16 meets throughout the state and hosted three home meets in December, January and February, where 800 swimmers competed at the YMCA’s Peterson Aquatic Center. The team sent 51 state qualifying swimmers to represent the Door County YMCA at the YMCA State Meet held this past March at the Walter Schroeder Aquatic Center in Brown Deer, Wis. This was the largest group of state qualifiers in the team’s history. At that meet, the team won eight State Championships and set two new records. The DCY Swim Team placed fifth overall out of 23 teams.

In the National YMCA Long Course (50M) meet held in July, Aune and Kersebet again qualified in five events and swam best times in every event. For the first time ever, Aune qualified for finals, placing 9th in the 50M Breaststroke event. McHugh swam his last meet as a DCY swimmer, swimming in the USA National Championships in Irvine, Cali. He swam all best times and placed 7th in the country in the 50M Breaststroke.