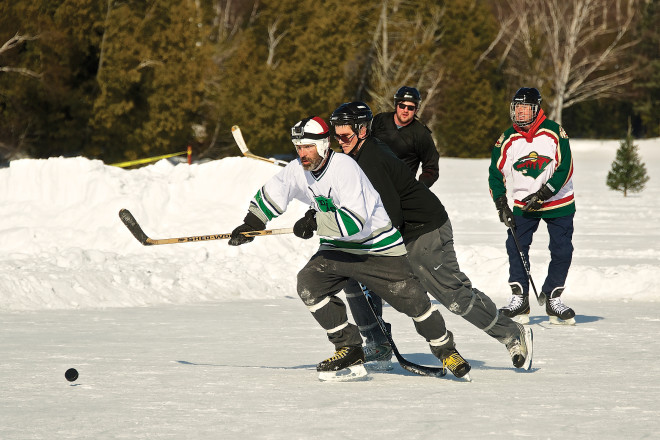 The best of Door County’s festivals start with fun at heart.

Fall Fest began as an end-of-season party for the locals. Fish Creek Winter Games earned its crowd not from tourist trappings, but from local oddities like the cherry pit spit and bike toss. And the county’s most popular parades – on New Year’s Day and the Fourth of July – are known not for their pageantry, but their proud lack thereof.

That spirit drove Baileys Harbor Tourism Coordinator Brynn Swanson to launch the Winter Carnival in the midst of the longest, coldest winter in memory in February of 2014. 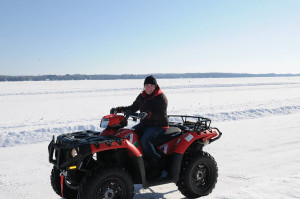 “My brother and I wanted a place to ride our four-wheelers, and it turned out a lot of other locals did too,” she said.

Swanson set about organizing the carnival centered around radar runs and pond hockey on Kangaroo Lake, not your usual tourist-bait. She corralled businesses and volunteers to bring food, music and fun to the ice, where drivers took snowmobiles, four-wheelers and dirt bikes on more than 500 radar runs to test their speed throughout the day.

“We locals need an excuse to get together, let loose, and get outside,” Swanson said, “and this was a way to do something different than anyone else was, to serve a different crowd.”

That included participants in the first Door County Pond Hockey tournament, a free-flowing form of hockey with just four players to a side and small goals. The tournament took place on two rinks cleared on the ice, with small wooden goal boxes that reward finesse and stickhandling. Brian Fitzgerald organized the tournament after toying with the idea for several years.

The carnival provided a great opportunity to get started, and Fitzgerald anticipates strong growth in year number two.

“We have a few teams signed up already,” Fitzgerald said in September, “and we’re receiving a lot of inquiries. We’ll clear as many as eight rinks this year and have play in six different divisions.” 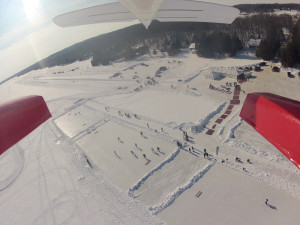 Those divisions include a Women’s, Juniors (for kids age 12 – 16), plus Men’s A, B, Classic (40 and up) and Legends (50 and up) divisions. Fitzgerald is co-founder of the Peninsula Pacers, organizers of the Door County Half Marathon and several other events, and he says Door County presents a different destination than other tournament and race hosts.

This year’s Winter Carnival takes place February 6 – 8, 2015, with music, radar runs, food and pond hockey on Kangaroo Lake, a Sunday farmers market at the Baileys Harbor Town Hall, and plans for live music and activities at bars and shops throughout town all weekend.