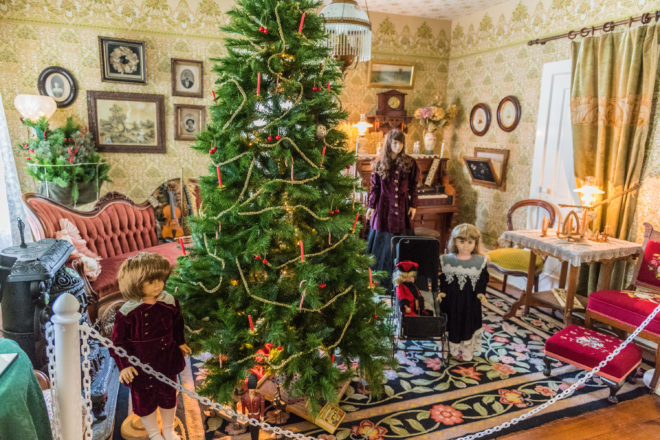 It will be Christmas all summer long in Fish Creek this year, at least at the Alexander Noble House. Now open for the season, the Greek revival house built by one of Fish Creek’s founding fathers is now home to this year’s A Glimpse of the Past exhibit, portraying domestic life in Fish Creek at the turn of the 20th century.

The main attraction is the parlor room, decorated in the fashion of a Victorian Christmas party with tinsel and real candles adorning the tree and mannequins dressed for a dinner party.

Christmas tradition in the late 1800s, however, may not seem very similar to our present-day practices.

“It wasn’t about sugar plums and Santa,” said Laurie Buske of the Gibraltar Historical Association. In fact, it was more creepy than festive, adults gathering for a night of board games and ghost stories told in front of a fire.

It was from this tradition that Charles Dickens’ A Christmas Carol, written in 1843, was inspired, beginning the push toward a more family-centered holiday of the observance of generosity and family values. 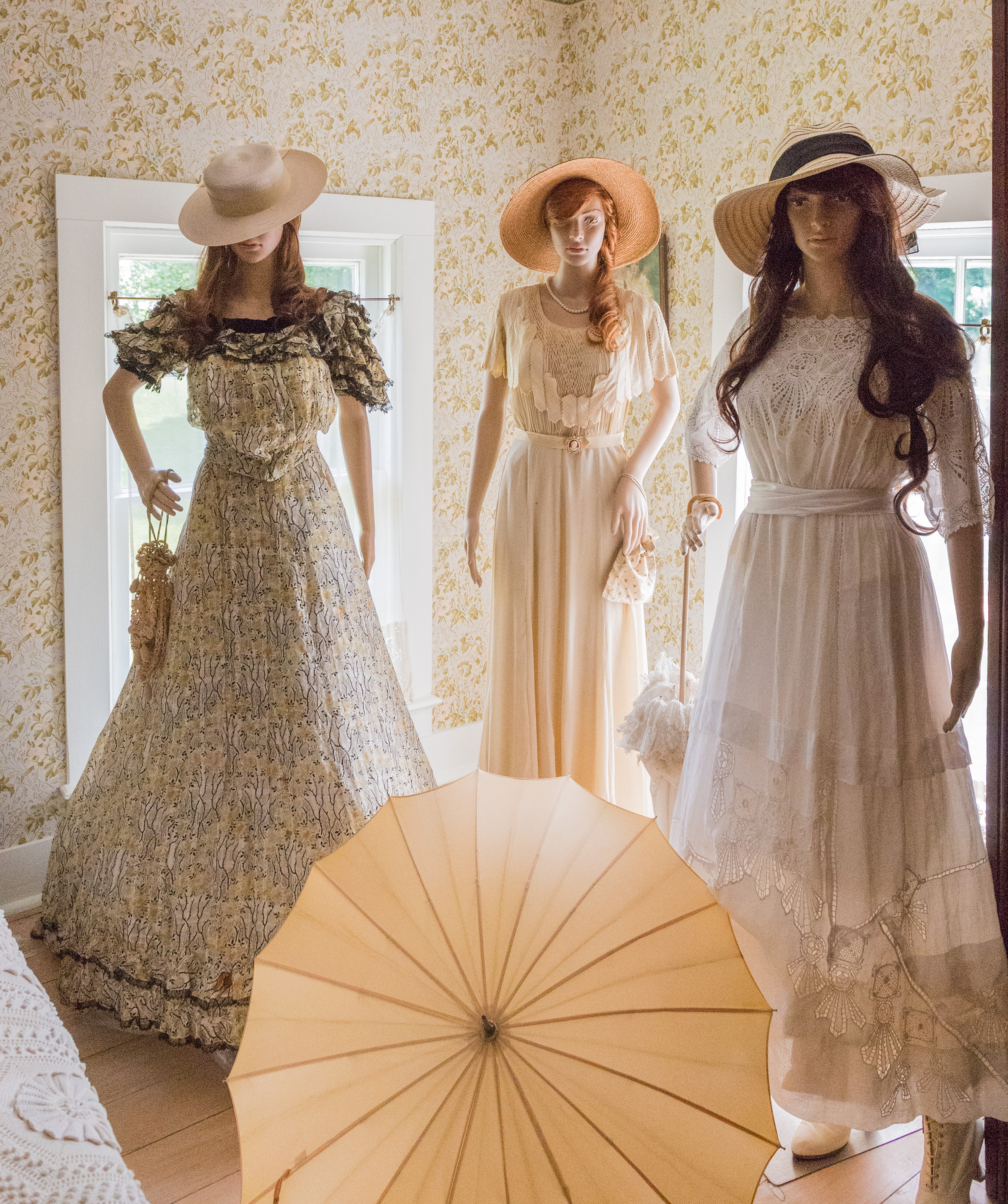 Tea dresses from the turn of the 20th century are shown for the first time. Commonly only worn at home, wealthy tourists who wore them while staying at hotels in Fish Creek normalized them as garments to be worn in public, which was influential in phasing out the use of corsets. Photo by Len Villano.

Alexander Noble, born in Scotland, settled on Chambers Island in 1856. There, he started a saw mill and managed a successful business refueling the steam vessels en route to Green Bay. After six years, Noble moved his family to Fish Creek, where they lived at first in a log cabin on the same property. After the log cabin burned down, Noble’s daughter Ula designed the house that still stands. Noble was a fixture in Fish Creek life, holding many essential positions including blacksmith, postmaster, farmer, town chairman, and county board member.

Built in 1875, the house of the Noble family was the first building in Fish Creek to be built using lath and plaster, signifying the departure from settlement-era log cabins toward a higher standard of living.

Each room of the 10-room house details a particular aspect of late 19th century life in Door County. From the display on hunting and trapping to the birth of the tourist industry on the bayside, the docent-led walk conveys a strong sense of place and the county’s long tradition of outdoorsmanship, community-minded organizations, and hospitality.

The mission of the Alexander Noble House, according to Buske, is to take you back to what it would have felt like when the house was first built.

“There are so many lessons to be learned [from the past],” Buske said. “Every day is another day in history.”

The Alexander Noble House is located on the corner of Highway 42 and Main Street in Fish Creek. It is open through October, Tuesdays through Sundays, 10 am – 3 pm. Admission is $5 and group tours are welcome. For more information call 920.868.2091 or email [email protected].