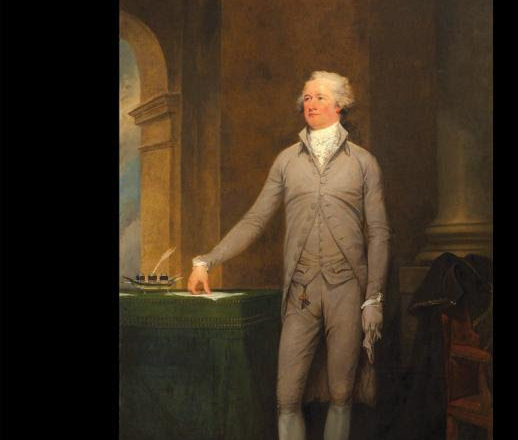 People are talking a lot about Alexander Hamilton these days. More than 200 years after Hamilton was killed in a duel with his political rival Aaron Burr, the Wisconsin Historical Society Press and U.S. Constitution expert John P. Kaminski share what Hamilton and his contemporaries – friends and enemies – had to say about him during his fascinating, controversial life in Alexander Hamilton: From Obscurity to Greatness.

Kaminski, the founder and director of The Center for the Study of the American Constitution in Madison, Wis., has spent decades researching America’s founding figures and the ratification of the U.S. Constitution. Through his research into the ratification documents, Kaminski amassed a remarkable compilation of insightful quotations from and about many of America’s founders, including Hamilton. Here, he draws from those comments to paint a word portrait of Hamilton and provide today’s readers with a deeper understanding of the complex man who rose from anonymity on a small Caribbean island to the corridors of power in the then newly-formed United States of America.

Alexander Hamilton is the first in the Society Press’s new series of “word portraits” on America’s founders, compiled by Kaminski. For more information visit wisconsinhistory.org/whspress.