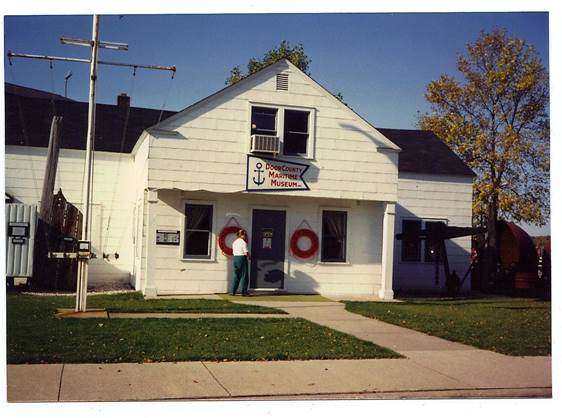 The Door County Maritime Museum has come a long way in its 50 years. This is the original museum.

This year the Door County Maritime Museum (DCMM) is celebrating a half century of educating visitors and preserving the rich maritime history of Door County and the Great Lakes, and a new exhibit opening Feb. 4 will kick it off.

The Water Defines Us: [email protected] traces the journey of the museum from its early roots in northern Door County, where a small, dedicated group pursued a simple vision to commemorate the maritime and fishing culture of the area. The museum – and the vision of its leaders – grew to encompass two museum locations, the Cana Island lighthouse and the restoration of the tug John Purves.

The exhibit offers a look into the 50 years of trials and triumphs that ultimately built one of the largest and most expansive museums on the Great Lakes. The exhibit’s centerpiece is a video compilation of interviews with more than a dozen of the pioneering individuals who started and led the museum during the past 50 years, including Charlie Voight, Jon Gast, Caryn Wickman and Gary Soule. (The complete interviews will become a part of the museum’s permanent digital archive, which will be available online later this year.)