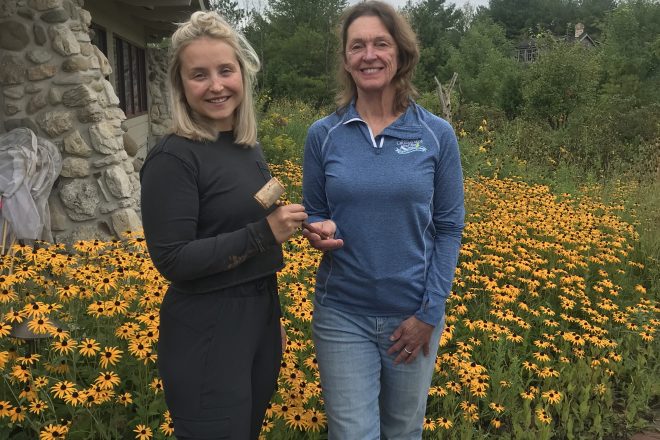 During the 12th annual Crossroads Trail Run, held June 19 at Crossroads at Big Creek, 293 runners from nine states participated, and $12,000 was raised to support Ski for Free, educational programming and Crossroads’ general fund. It was the most that this event has ever generated.

Since the inaugural race in 2010, Gretchen Schmelzer has been proud to serve as the race director and witness its 12 years of growth alongside a marvelous trail team, sponsors and participants. Although the trail team will be the same strong group, the race director position will now be in new hands.

Morgan Rusnak, a Crossroads Trail Run participant, has enthusiastically accepted the 2022 race-director gavel. An energetic community volunteer, connector and influencer, Rusnak is part of the Destination Door County staff and is passionate about the county and the Crossroads Trail Run.