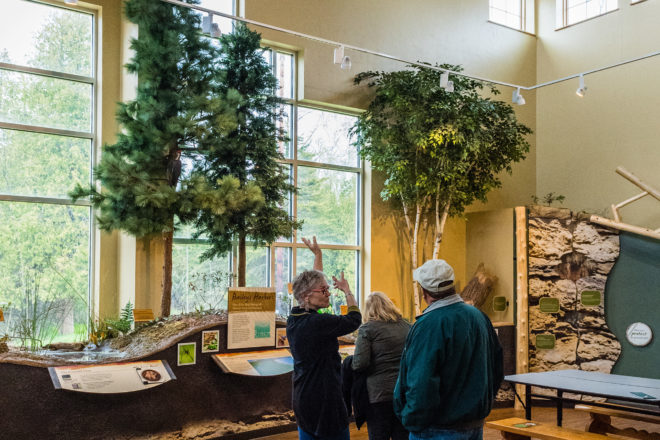 When the first ridge was being formed in what would eventually be the town of Baileys Harbor, Arthur, King of the Britons, was still swinging his sword. Fifteen hundred years later, with the 30th ridge growing every day, the Ridges Sanctuary took a major step in growing their offerings to the public by completing a detailed exhibit on the history of the Ridges and the surrounding area.

The wait paid off. The nature center is now home to timelines of the formation of the Ridges and early involvement in Wisconsin’s first private land trust, as well as life-like diagrams and re-creations of some of the more unusual denizens of the Ridges.

“The exhibit’s purpose is to give visitors a cultural as well as a natural connection [to the area],” said Drew Richmond, director of development and marketing at the Ridges.

The stories of the community members who were instrumental in establishing the Ridges/Mud Lake/Toft Point land trust help put the Ridges into the context of a story of protest and ultimate success in the name of preservation. Among the offerings is a recording of Emma Toft, heard through an old rotary phone, as well as digital photos taken by Albert Fuller, after whom the nature center is named.

“Who are these people that fought to save this place?” Richmond said. “[The exhibit] puts you back in time to see who these people were.” 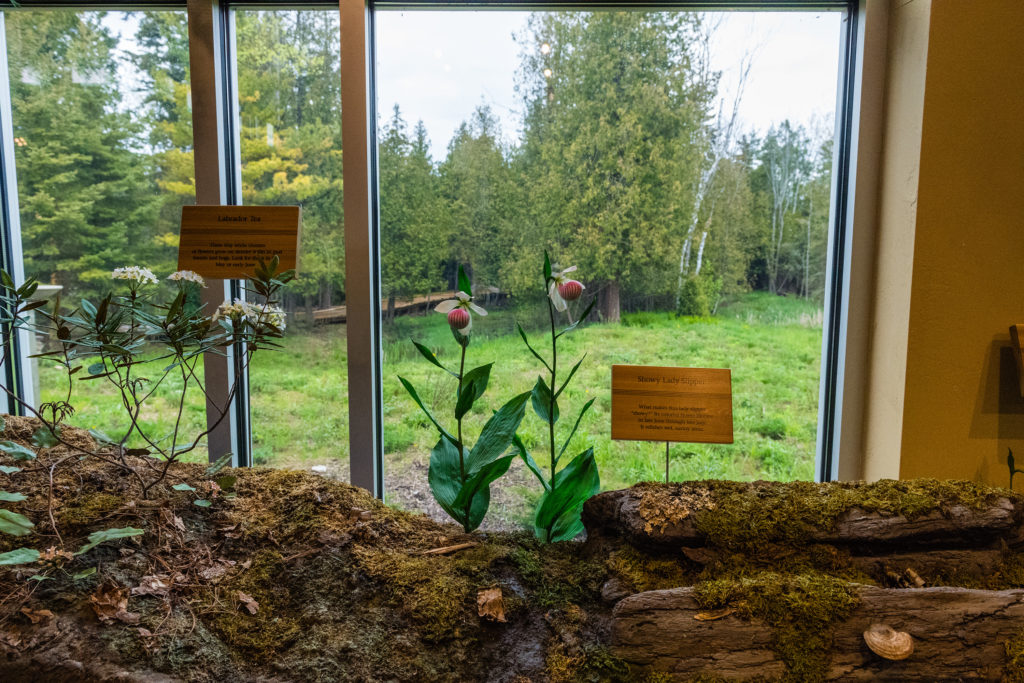 Also included is a display on the geology of the region and the inherent difficulties of groundwater management. The Ridges team wanted to include a description of the topography to give visitors a better idea of why groundwater is so important to the Door County community. “People don’t realize, especially with all of the farming and agriculture around here…that they’re on very little topsoil,” Richmond said.

The exhibit comes as the third major development project for the nature preserve, preceded by the opening of the new nature center in 2015 as well as the completion of a new boardwalk in 2016.

A grant from the Federal Highway Administration, which allocates funds in the interest of developing destinations along Coastal Byway routes, covered the majority of the costs of the project.

The Town of Baileys Harbor was also a major contributor to the exhibit.

Though the Ridges team has wrapped up their major projects for the near future, improvements to their almost brand-new nature center are still numerous.

“We always want to be able to expand on these exhibits and keep them fresh and new, so we are still seeking funding [for future additions],” Richmond said, emphasizing the importance of private donations as the main economic engine of the Ridges Sanctuary. Every trail fee or membership payment goes directly toward the development of the property. 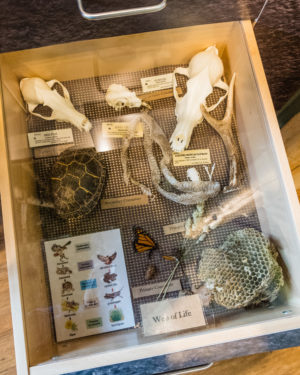 The next not-so-small step for the nature center is to fund and install a hearing loop system, which will allow visitors who use hearing aids to fully experience the exhibits as well as guided hikes by transmitting audio directly to hearing aids electromagnetically.

All of this work has propelled the sanctuary staff to better serve their community, especially with respect to families.

“The Ridges has transformed,” Richmond said. “Having these exhibits and seeing the kids [and their reactions] over the last couple of months has really helped us take on new initiatives to enhance family activities.”

When you stop by for your next visit, be sure to follow the exhibit toward the entrance to the trail; they saved one of the coolest parts of the addition for last (here’s a hint: it involves very large displays and a pretty convincing porcupine).