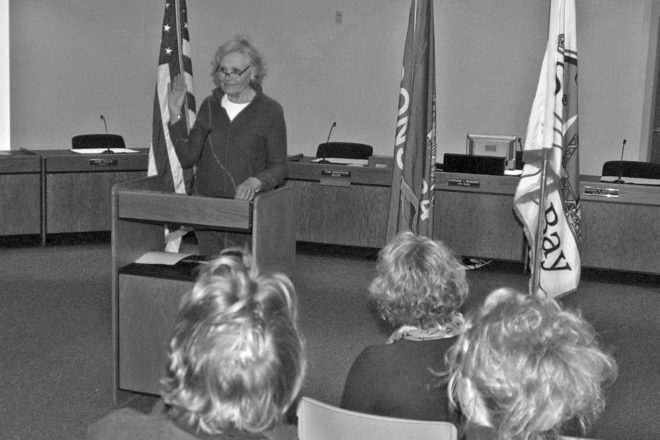 Barbara Allmann takes the oath of office to serve as the alderwoman of the 5th District on the Sturgeon Bay Common Council during a ceremony on April 12 to welcome all four April election winners to the council, two new and two returning. Allmann won as a write-in candidate. Laurel Hauser is the other newcomer to the council, representing the 7th District. She is seated at front in the photo and behind her is Kelly Catarozoli, who was elected to represent the 1st District for a second two-year term. David Ward was also re-elected to represent the 3rd District. Photo by Jim Lundstrom.