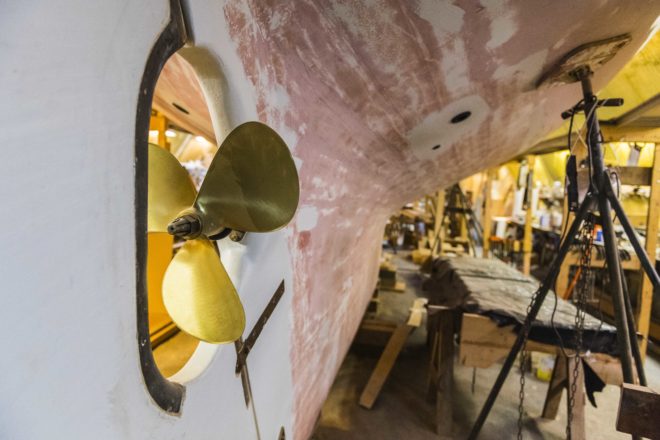 The ancient thought experiment posed by the Ship of Theseus occupies the minds of many college philosophy courses. It asks: If you replace every piece of wood and hardware in a ship over a long period of time so that none of the original material remains, is it still the same ship?

Dan McNeil doesn’t spend much time thinking about it.

“Those kinds of philosophical questions, as they would say, are above my paygrade,” McNeil said, laughing in the shadow of an unfinished 1947 sailboat, the Surazo, that he and his wife Leslie Robbins will take around the globe later this year.

But McNeil is quick to point out the work he and his crew — made up of family members and one expert boat craftsman — have done is a complete reconstruction.

“We’re not just slapping on a coat of paint and putting in a new toilet and putting new spark plugs in the engine,” McNeil said. “This is a complete, utter reconstruction of this boat.”

There are a few pieces of original wood from the “hole in the water” McNeil purchased in a weedy lot off the Chicago Sanitary and Ship Canal in 1986 for $1,000. More than 4,000 bungs, or small circular pieces of wood used to plug holes, are made from original planks of wood along with a few more original pieces scattered throughout. 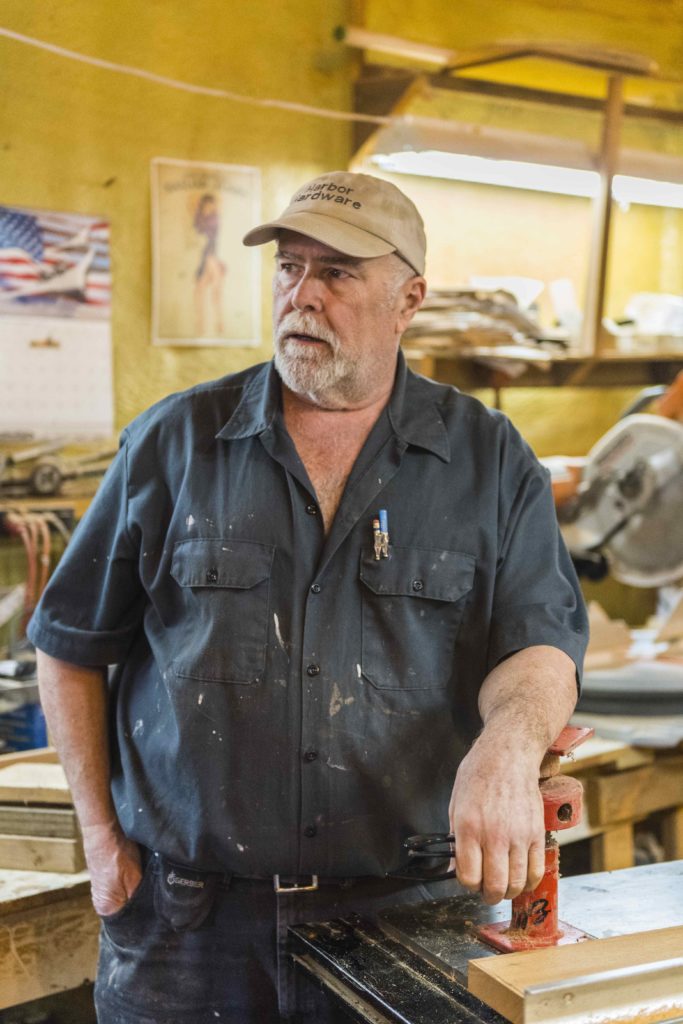 “I’ve fixed old houses, but boats are very different from houses,” he said. “There’s nothing square or straight, they’re much more complex.”

McNeil grew up sailing the waters off Ephraim and, when he saw a classified ad for a beat-up ship in Chicago, he began what would be a 30-year reconstruction project.

“John Alden was the designer of this vessel,” McNeil said, poring over the original construction documents for the ship looming over him in a nondescript workshop outside Baileys Harbor.

Alden was known for fast but stable ships that could be easily managed alone or with a small crew. McNeil’s son, Aldan, does not share the name by coincidence.

“Almost anything can be restored. It’s just a matter of how much money you want to put into it. We bought it and had it shipped up here.”

During the next 25 years, McNeil chipped away at making the boat float once again. But driving up from where he was still working in Chicago nearly every weekend of the year wore him thin.

True progress first came in 2011 when Aldan said he would put off enlisting in the Marines for a year to work on the boat. At that time, McNeil bought the equipment needed for reconstruction and they sealed the building so the crew could work on it year round.

Aldan was gone in 2012 and so was McNeil’s money. The ship sat quietly outside of Baileys Harbor for another year until McNeil’s younger brother died from a complication during his cancer remission.

“Leslie and I started thinking, well what are we going to do? Hang around until something kills us?” McNeil said. Two years before he was set to retire, McNeil and his wife sold their newly remodeled house in the Chicago suburbs and moved to Baileys Harbor.

Now, he sees the completion of the boat on the horizon.

“I could probably work here all night but, on the long haul, you have to know how to pace yourself,” McNeil said, adding that he probably spends 40 to 50 hours working on the boat every week.

Despite being just a few months out from launching the ship in the waters of Lake Michigan, he won’t let himself talk much about his planned trip around the world.

“I’m so easily distracted that if I start thinking about being out on a South Pacific island with a rum drink then I get very impatient with this,” McNeil said.

While he is careful not to talk too much about where he is going, he has a great understanding of where the dream to sail around the world came from. 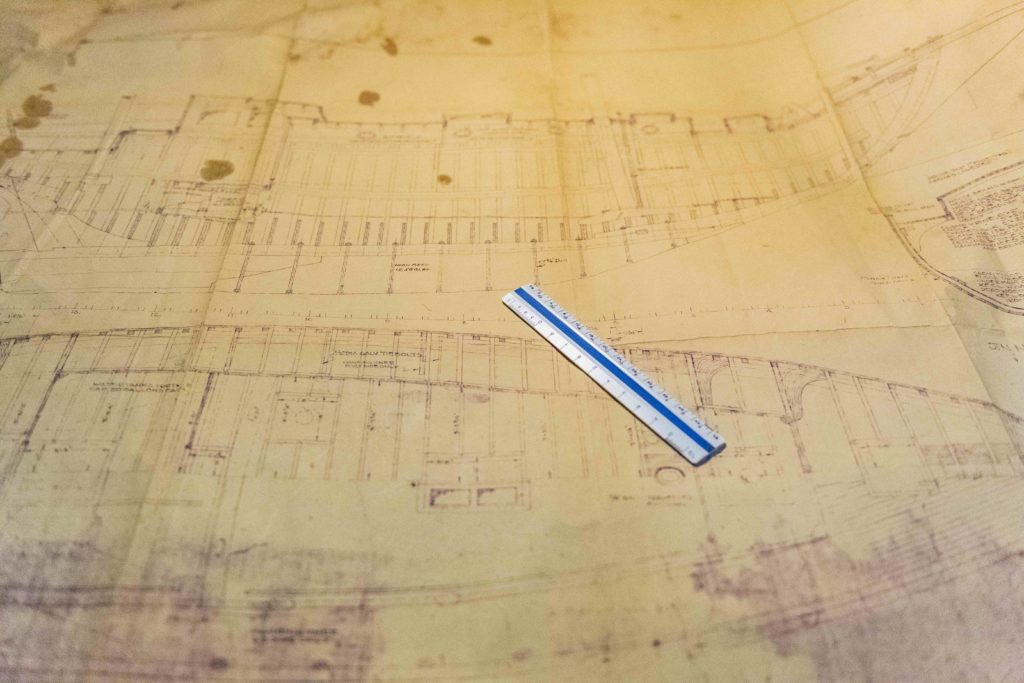 “Since I was little kid I’ve had this fantasy of sailing across huge expanses of empty ocean and having that little island rise up off the horizon,” McNeil said.

He told the story of reading an article in National Geographic magazine in the late 1960s about Robin Lee Graham, a sailor who completed a trip around the world alone at the age of 16. McNeil was just a few years younger than Graham.

“That was the first time that I thought, ‘Oh I’m doing that,’” McNeil said.

Although a bit older than Graham was at the time, McNeil will set out on the journey of his dreams later this year. Getting the boat in the water by the early summer will give him the opportunity to test it in familiar waters, figuring out any adjustments that need to be made to the boat before it gets out into open water.

The first part of the journey will take him down the shoreline of Lake Michigan and into the Chicago Sanitary and Ship Canal, passing the same place he picked up a battered boat in the water three decades before. The western rivers will take him to the Gulf of Mexico and through the Panama Canal before heading westward.

It will be the second journey through the Panama Canal for the Surazo, named after the southern winds that swoop off the Chilean Andes Mountains, where the ship was constructed.

“I stop thinking much about anything past the Panama Canal,” McNeil said, watching his brother applying painter’s tape to the area where the kitchen table would sit. A smooth buzz of lumber passing through a saw served as the soundtrack to the day’s work.

“With all the work we’re doing, if this isn’t part of the adventure, I would go crazy,” McNeil said. He looked up, admiring the boat and what will soon be the end of a 30-year project and the beginning of something even bigger.