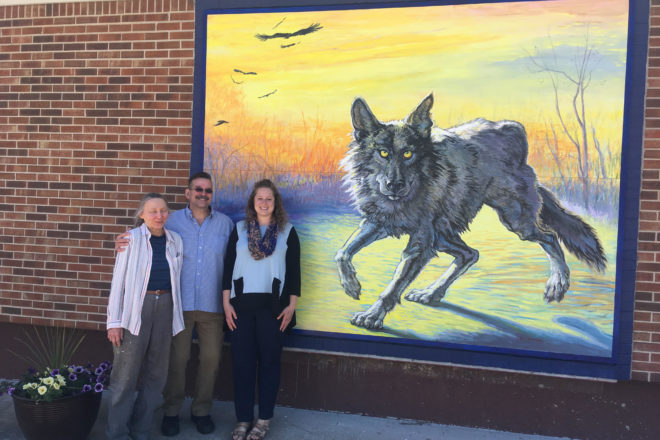 Czechowski chose the mural image after researching the city’s history and finding the wolf to be the school district’s mascot and of historical significance to the area. She lived at the gallery for two weeks while painting the mural, which was mounted on June 7. It’s housed on the gallery’s western exterior wall.

Czechowski is a featured regular artist at Robert Ray Gallery; her work resides in private collections around the world; and she has exhibited widely in solo and group shows throughout the U.S.