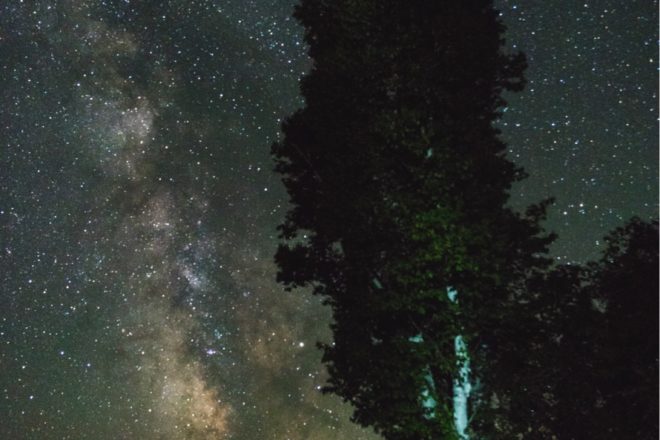 Pulling into Newport State Park, you’ll notice a recent addition to the entrance sign. In a ceremony on Thursday, June 22, Newport State Park celebrated its recent designation as an International Dark Sky Park. The speakers highlighted the work done by the Newport staff as well as the involvement of others who were crucial to the application process.

The designation was presented by the Tucson, Ariz.-based International Dark Sky Association (IDA).

Founded in 1988, IDA’s mission is the preservation of the night sky, offering education on conservation and nighttime lighting to accompany its Dark Sky Places program.

“Up until our designation, there were only 48 Dark Sky Parks in the entire world,” Hefty said. “We are number 49.”

It took four years to write, finish, and submit the application for the designation. Hefty hopes their experience will pave the way for other parks in the Midwest.

“Now that we’ve gone through the process we are hoping that more State Parks will follow suit and [that] it will be a lot easier for them,” Hefty said. 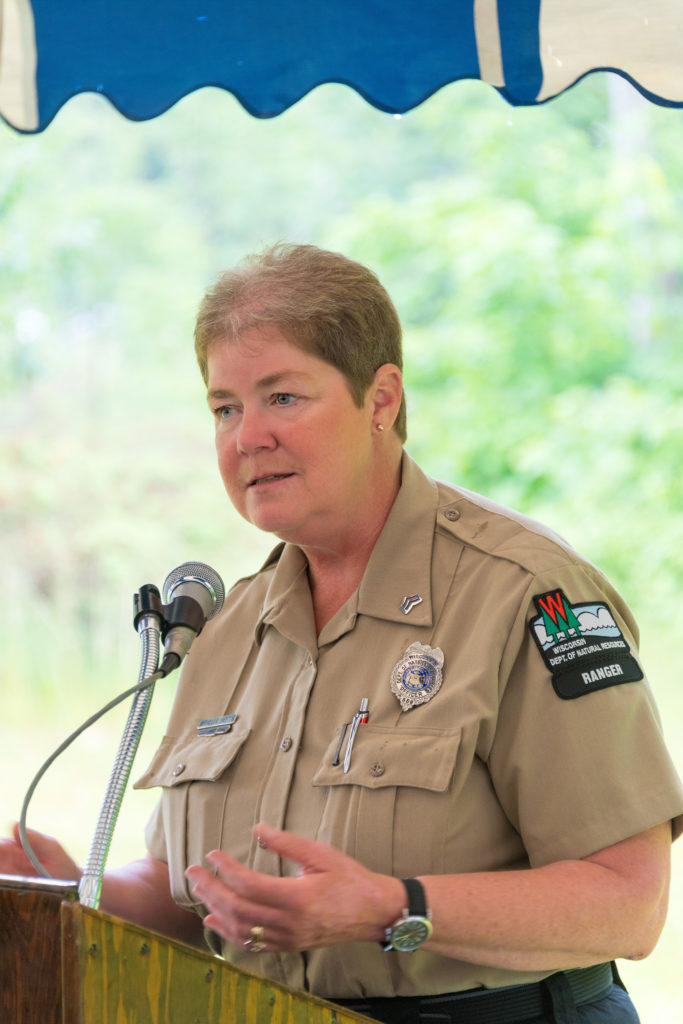 In addition to the recognition of Newport’s dark skies, the designation of Dark Sky Park accompanies a commitment by Newport to be a figure for night sky education and awareness in the Door County community, with Newport offering at least four programs a year of public education and involvement through night sky activities as well as general public outreach.

The IDA has other classifications of Dark Sky Places, including sanctuaries, communities and reserves, though no other classification commits the location to education and active outreach in addition to conservation efforts as the Parks program does.

The speakers from Thursday’s dedication ceremony spoke often and fondly of the late Ray Stonecipher, a former astronomy professor and Door County resident who brought the designation to the attention of Hefty four years ago.

“Ray’s commitment [to obtaining Dark Sky certification for Newport] helped bear the fruit that we celebrate today,” Gary Henkelmann, DPAS president, said in his remarks. Stonecipher was instrumental in starting DPAS; the Ray and Ruth Stonecipher Astronomy Center in Sturgeon Bay was dedicated to Ray and his wife in 2012. The center is home to the Leif Everson Observatory. 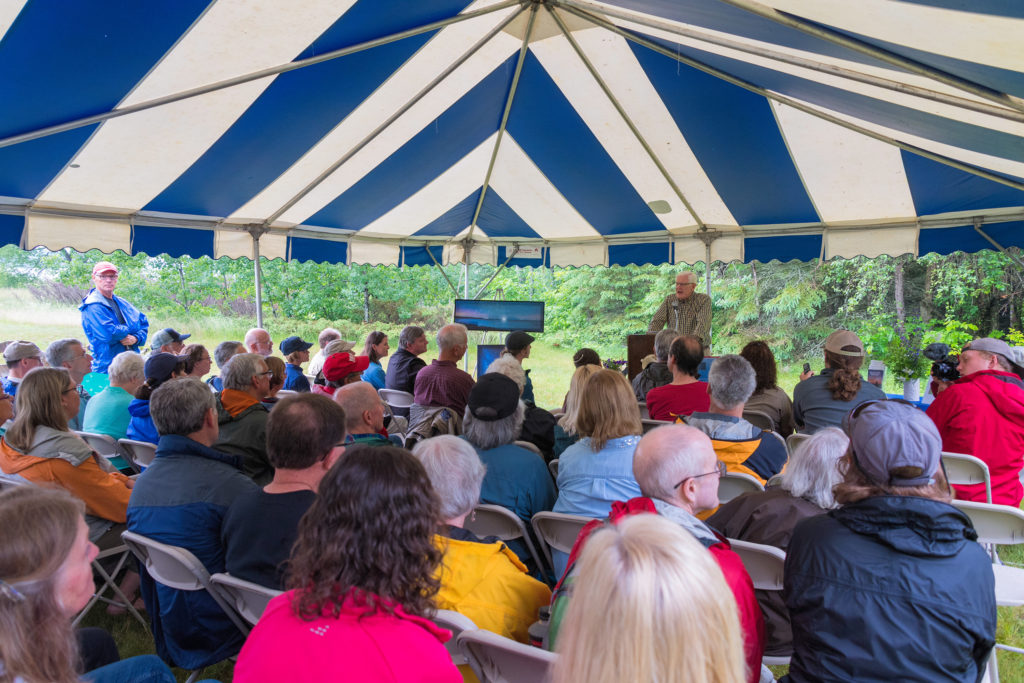 The publicity around the Dark Sky program has already seen results, with increased interest being shown in visiting Newport for the express purpose of stargazing.

The designation comes at an opportune time, with a solar eclipse only visible from the continental United States set to occur on Aug. 21, just a week after the peak of this year’s Perseid meteor shower. The eclipse will sweep across the entire country, with a swath 70 miles wide being put into darkness from South Carolina to Oregon for a few hours during the day. The eclipse viewed from Door County will be incomplete, appearing at 0.8/1.0 magnitude.

With this appointment, Newport continues to prove itself as a jewel of Door County in more ways than one. Though her cousin to the southwest may draw more visitors, Newport remains a haven for getting lost in the wonder of nature.