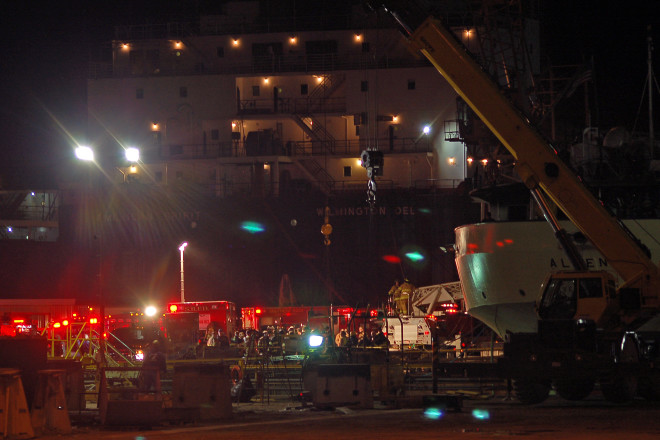 Emergency crews can be seen at Bay Shipbuilding near the cement carrier Alpena, which caught fire on Dec. 11. Photo by Jim Lundstrom. 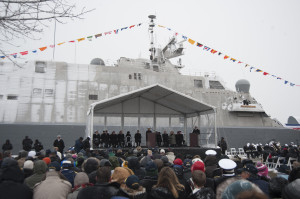