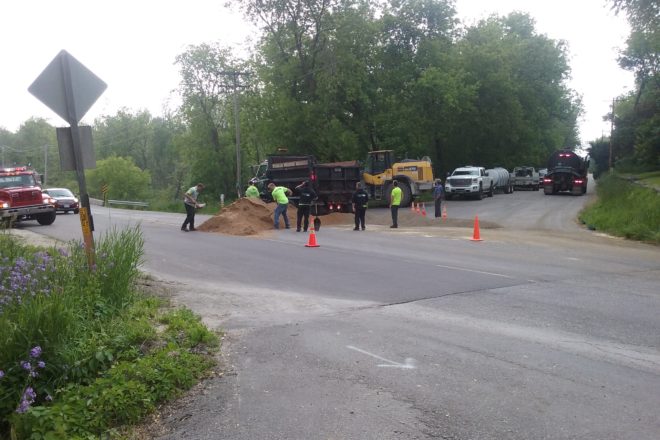 • Nsight Telservices has selected six graduating high school seniors to receive $1,000 scholarships, including MaCayla Moore from Southern Door High School. “Community involvement is a core value of our business, and our scholarship application focuses on students going above and beyond to make a difference,” said Cindy Durand, director of public affairs at Nsight. “Each of our recipients has been actively involved in their schools and communities, and Nsight Telservices is proud to applaud their efforts and support their continuing education.” In addition to community involvement, recipients were selected on the basis of academic record, potential to succeed, leadership and participation in school activities, honors, work experience and an essay about community impact. Applicants were also required to reside within a county where Nsight Telservices operates and be planning to enroll in a full-time undergraduate course of study at an accredited two- or four-year college, university or technical school.

• The eagerly awaited fire rescue boat arrived in Gibraltar on June 11. Designated as 05-50, or Gibraltar Rescue 50, the 28-foot boat that was custom built by Lake Assault Boats is currently going through its acceptance tests and operator training before being officially turned over to the Town of Gibraltar. The new fire rescue boat will replace the 30-year-old, 25-foot Boston Whaler Sentry, which served the Town of Gibraltar for many years after a private party donated it to the town in 2006. Gibraltar Rescue 50 will better serve the community by providing structural and wildland support, as well as on-the-water emergency and rescue operations. The boat was designed based on the real-life experiences of fire department members, input from other local agencies and manufacturer recommendations. New features include updated radar, sonar and night-vision capabilities, joystick piloting, autopilot, and position holding. It also has a fully enclosed heated pilot house that can easily transport two patients on stoke baskets, with additional room for EMS personnel to treat those patients. Exterior features include dive doors and a davit crane to assist in rescue operations. The new boat was fully funded through donations collected by the Gibraltar Fire-Rescue Association. The department will show its appreciation by hosting a boat-christening ceremony June 22, 10 am, at Fish Creek’s Clark Park. Enjoy a tour of Gibraltar Rescue 50 following the christening.

• Wondering what’s going on with the crew that’s been working on some sort of utility project north of the Bayview Bridge on Highway 42/57? Here’s what Matt Cullen, senior communications specialist with WEC Energy Group (which includes Wisconsin Public Service), said: “The work near the Highway 42/57 bridge in Sturgeon Bay is being done by a contractor working on behalf of Wisconsin Public Service. The work involves the installation of approximately three-and-a-half miles of new natural-gas mains from our regulator station on Neenah Avenue to the intersection of Michigan Street and 18th Avenue. Installing the new mains is allowing us to improve the reliability of our system for our existing customers in Sturgeon Bay while also preparing for potential future growth in the area. We expect the new mains will begin serving our customers this fall.”

• Wisconsin’s Lightning Safety Awareness Day is June 25, and ReadyWisconsin is encouraging everyone to learn more about lightning and steps to take to remain safe. “When thunder roars, go indoors,” advised Wisconsin Emergency Management Administrator Brian Satula. “Lightning strikes can kill or seriously injure a person in the blink of an eye. When you are outdoors this summer, watch the skies and seek safe shelter if you hear thunder or see lightning.” According to the National Lightning Safety Council, 396 people were struck and killed by lightning in the United States between 2006 and 2018. Of those fatalities, nine were in Wisconsin. Almost two-thirds of those killed nationwide were involved in outdoor leisure activities at the time they were struck. The safest place to be is inside a sturdy shelter, such as a house. Even the inside of a car with a hard top is safer than being out in the open during a thunderstorm. If you are inside a vehicle, avoid touching metal surfaces that could conduct electricity. Never seek cover under a tree or think you are safe by being low to the ground. Get out of open areas and away from bodies of water. Health officials say if a person you are with is struck by lightning, immediately dial 911 and start performing CPR. Don’t be afraid to touch the victim – the human body does not hold an electrical charge. To learn more, visit readywisconsin.wi.gov.

• Menominee River Water Protectors will hold a rally June 25, 3 pm, outside of Stephenson [Michigan] High School before a public hearing on the proposed Back 40 Mine. A press conference will be held at 4 pm in the Stephenson High School Library, with members of the Menominee Indian Tribe of Wisconsin, the Coalition to SAVE the Menominee River, the Upper Peninsula Environmental Coalition and the Wisconsin Resources Protection Council. The hearing will begin in the gymnasium at 5:30 pm.