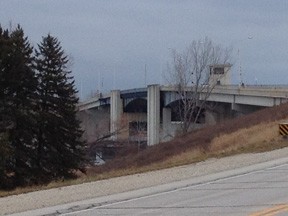 The Bayview Bridge in Sturgeon Bay closed on March 1 to vehicle traffic for $3.6 million in improvements. It is scheduled to reopen by 4th of July weekend. Traffic will be detoured through downtown Sturgeon Bay.

Hwy. 42/57 will also be closed from the Bayview Bridge to Egg Harbor Road for utility work in preparation for the construction of two roundabouts that will start in the spring. Side roads on Hwy. 42/57 will remain open until the reconstruction. Zenith Tech, Inc. of Waukesha is the prime contractor.

The following detour will be in place for the duration of the Bayview Bridge project: Northbound non-truck traffic will be detoured via S. Madison Ave./Michigan St./N. 3rd Ave./Jefferson St./Egg Harbor Rd./ Old Hwy Road/ and a temporary Egg Harbor Road connector to Hwy. 42/57. Reverse direction for southbound traffic. Truck detour will bypass the downtown area via Michigan Street and 14th Ave.

Water traffic through the canal will also be affected during bridge maintenance. Marine traffic will only be allowed under one half of the lift span and will be restricted in height because the lift spans will be closed and locked in the down position during construction. The exact start date of the marine restrictions depends on Coast Guard approval, but will be before May 1 and finish by July 1. The Bayview Bridge webpage and detour map can be found here. 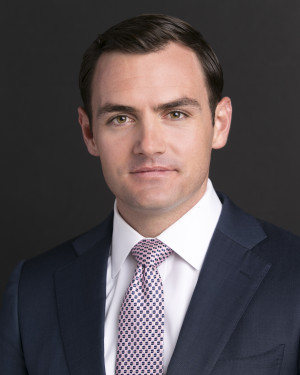 Green Bay native Mike Gallagher, a former Captain in the U.S. Marine Corps, kicked off his candidacy for Wisconsin’s 8th Congressional District at Gallagher’s Pizza in Green Bay on Feb. 29.

“We cannot accept a future in which a broken tax code and out-of-control regulations slowly strangle the middle-class and, with it, the American dream,” Gallagher said at the event. “We cannot accept a future where the federal government increasingly meddles in our daily lives and threatens the constitutional liberties we’ve fought and bled for. We cannot accept a scenario where we bankrupt the country and send the bill to the next generation, and that generation loses a sense of how special it is to be an American.” Gallagher served twice in Iraq as a human intelligence and counterintelligence officer. He also served as the foreign policy director for Gov. Scott Walker. Gallagher is the third Republican to throw his hat in the ring after Congressman Reid Ribble announced in late January that he would not seek a fourth term. State Senator Frank Lasee of DePere and former 1st District Assembly candidate Terry McNulty of Forestville have also announced their candidacy.

“We’re excited to offer these contests as a way of recognizing the importance of trout and salmon in Wisconsin’s outdoor heritage and our economy,” said Justine Hasz, DNR’s fisheries bureau chief. “The contests will create greater awareness of the impact of these fisheries while also creating beautiful and lasting images of the fish.”

Artwork for the 2017 inland trout stamp contest and Great Lakes salmon and trout stamp contest must be submitted by July 1, 2016. The concurrent contests are open to those ages 18 and older – youth contests are planned for the 2018 editions. Once the artwork has been submitted, DNR will create an online gallery and open the voting through the web and Facebook in July.

The top 10 entries from the online voting will then move to a final round of judging by a panel of three to five judges with expertise and interest in trout, salmon and wildlife art. The top three entries will be ranked and put on display at the 2016 Wisconsin State Fair. Artists are urged to read all contest rules and submission requirements carefully. To learn more, visit DNR.wi.gov and search “Trout Stamp Contest.”