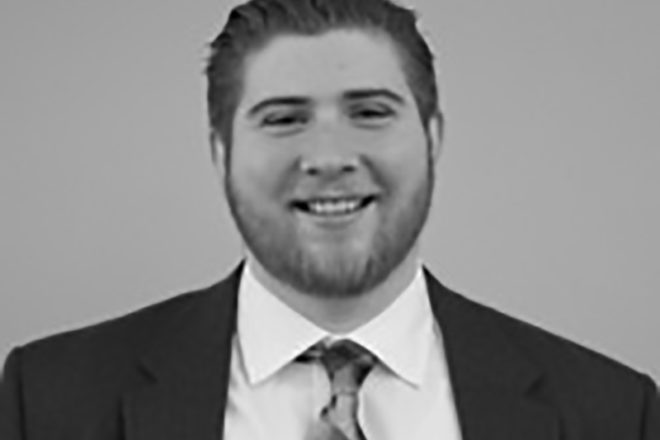 • It took 18 months, but the Village of Sister Bay has finally found a new administrator. The village has hired Beau Bernhoft, an assistant administrator with the City of Oak Creek, just outside Milwaukee. Village President Dave Lienau described Bernhoft as a perfect fit for the position in both experience and personality. He’ll start in late June. Former administrator Bob Kufrin also came to Sister Bay from Oak Creek, population 36,354, nearly 20 years ago.

• Big Brothers Big Sisters of Door County are teaming up with the Red Putter of Ephraim during Fyr Bal on June 15 for the fourth annual Purple Putter FUNdraiser. Big Brothers Big Sisters Door County coordinator Patty O’Rourke said, “Each summer for the past three years, rain or shine, the Red Putter has generously donated $1 per game that is played on Purple Putter day, plus $1 per hole-in-one. We appreciate their support of our program, and have expanded this fun event to bring even more people to Ephraim this year.” New for this year is the Jack-Putt Challenge, a pop-up mini-golf putting challenge, provided by Mister Mini Golf. Play one hole where you attempt to win $50 to $500. Sink a putt and win the cash. The Purple Putter FUNdraiser runs 10 am to 10 pm.

• Kewaunee County will participate in a Plume Pathway emergency-response exercise on June 11 with Point Beach Nuclear Plant. The exercise will be evaluated off-site by the Federal Emergency Management Agency (FEMA). Federal regulations require local and state-government agencies, in whose jurisdiction a nuclear plant is located, to biennially demonstrate that they can protect the health and safety of people potentially at risk in the 10-mile radius of the plant.

Earlier in May, a portion of this exercise was evaluated by FEMA. The reception center was done out of sequence of the exercise. This is where local populations, evacuated from the emergency planning zone around the nuclear plant, go to be monitored for any radiological contamination and to obtain any further assistance they may need during their relocation. The reception center for Kewaunee County is the Luxemburg Casco Intermediate School.

According to Kewaunee County Emergency Management Director Tracy Nollenberg, more than 100 employees and volunteers have and will participate in this year’s exercise. And, similar staff operations will occur simultaneously in Manitowoc County by emergency-management officials, as well as in Madison, where state government response is coordinated.

“It is highly unlikely we will ever have to implement the complex procedures in the county’s Emergency Operations Plan for a nuclear plant incident,” said Nollenberg. “However, practicing the principles we would apply to respond to a nuclear plant accident pays dividends in our

overall emergency preparedness for all hazards.”