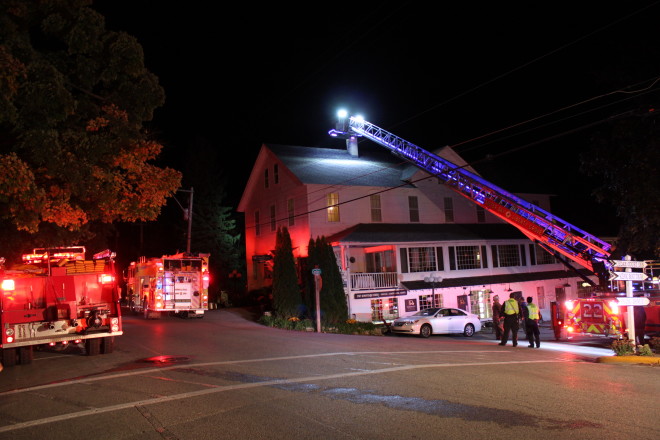 A chimney fire breaks out at the Whistling Swan Inn and Restaurant. Photo by Jackson Parr.