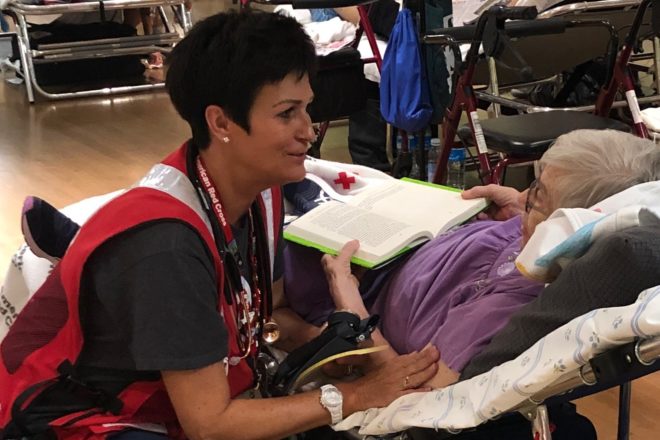 • Thirty-three American Red Cross disaster volunteers from Wisconsin are involved in the response and recovery efforts for Hurricane Dorian, and seven new volunteers will soon make their way to North and South Carolina. Jane Nesbitt of Sturgeon Bay – one of the nursing volunteers on her eighth deployment – was helping people in St. Cloud, Florida, on Tuesday ahead of the storm.

• Plan your fall color getaway with the Travel Wisconsin Fall Color Report, now available on TravelWisconsin.com. Whether you love the great outdoors or prefer Wisconsin’s indoor offerings, take advantage of this interactive map to locate peak fall-color foliage, explore events and find lodging and dining. The popular tool also lets users upload fall-color photos to the report and rate their favorite images. More than 100 fall-color reporters throughout the state maintain the report “virtually live,” providing updates for all 72 counties. Travelers can subscribe online to receive the report in their email inbox every Thursday, check it independently at TravelWisconsin.com or view it on a mobile device.

• Questions continue to swirl around the Republican co-chairs of the state budget committee hiring a lawyer at state taxpayer expense – at $290 per hour – who, days earlier, was announced as part of a new contract lobbying operation. The hiring of attorney Andrew T. Phillips of the Milwaukee law firm Von Briesen & Roper is part of an ongoing dispute in which Republicans are refusing to agree to confidentiality to allow Attorney General Josh Kaul to brief them on possible settlements in litigation, as he is required to do by a controversial law the Republicans passed after losing the office in November 2018. Among the questions raised by a legislative committee – one that helps shape the nearly $80 billion biennial state budget, has purview over all bills with significant fiscal impacts and has oversight of supplemental state agency spending requests – hiring a lawyer/lobbyist are:

Why did Republicans hire a lawyer/lobbyist at taxpayer expense instead of signing confidentiality agreements as proposed by the attorney general, and as they have done in the past?

Are any clients of the Republican-retained lawyer/lobbyist or the  practice where he works associated with litigation being overseen by the state’s Department of Justice?

Are members of the Joint Committee on Finance being lobbied, or will they be lobbied by the attorney’s practice on other matters?

Will the lawyer/lobbyist recuse himself in cases that could involve clients he is representing or who have retained the firm for which he works?

The lobbying practice with which the attorney works is headed by a former top staffer to Assembly Speaker Robin Vos. Did Vos exert influence in the choice of which attorney to hire?

COMING UP
• The Wisconsin Department of Veterans Affairs (VA) is giving away free tickets to the Wisconsin Badgers’ Salute to Veterans football game Oct. 5 at Camp Randall Stadium. Veterans and service members can register at WisVetsSports.com to receive up to two tickets. The VA department thanks the University of Wisconsin Athletics Department for generously providing tickets each year so that veterans and their guests can enjoy the game.