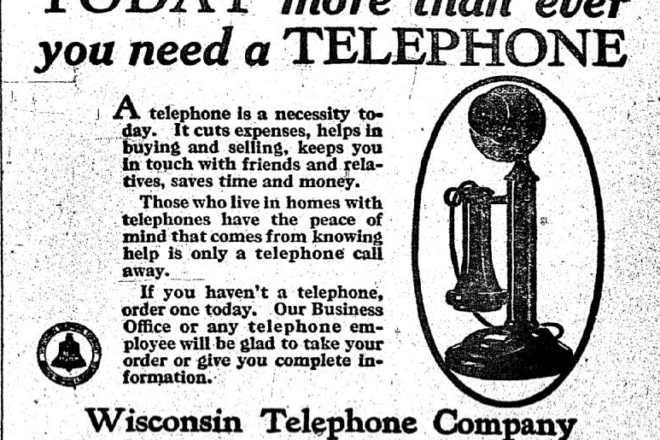 Mr. Chancey Barnette has discovered a bed of Iron Ore about one and one-half miles from the village. The specimens we have seen are of a dark steel-gray color, having a highly sparkling lustre. The streak powder in the cleavage is a reddish-brown. The cleavage appears to be in sheets about one and one-fourth inch thick and very distinct. The crystals appear to be thin tabular, and the fracture shows them in a lamellar or micaceous appearance. The oar appears to be very pure and answers very well to the description of Hermatite or specular iron ore. Mr. Barnette represents the bed as being very large and probably very valuable.

Fruit. – From specimens we have seen for the past few years, we are satisfied that this peninsular is well adapted to fruit-raising, particularly apples of the hardy kind. True, the climate is not suited to the finer and delicate varieties grown in a warmer climate, yet we can boast of a substantial and prolific growth of excellent fruit – such as tickles the palate, and adds to the real comforts of life. Any fruit adapted to our Northern climate, grows well and healthy here, and in a few years, at the rate our people have been progressing in fruit culture, this will be a noted locality for fruit raising, both for quantity and quality. For a new county – heavily timbered, and mostly settled by laboring people with limited means, the multiplicity of fruit trees has been rather rapid than otherwise; but from this time one, the evidences are that a large increase of these trees will take place each year until our farms are well dotted with orchards – and fruit become so abundant there will be no necessity of shipping in apples from outside in order to supply the wants and needs of our people in this line.

HAS MADE AN ASSIGNMENT.

G. Spring, of Baileys Harbor, who has been conducting a general store at Baileys Harbor during the past four or five years, has been forced to the wall, having on Wednesday made an assignment of the business to T. W. McCullough, of that town.

It is stated by the assignee that the total assets will amount to $2,000, the amount of liabilities not yet being known.

Mr. Spring is an old and well-known resident of this county, and his many friends will be sorry to hear of his failure in business. It is hoped that the embarrassment will be only temporary.

The Door county jail building committee have advertised for plans and specifications for a new county jail and jailer’s residence to take the place of the present county jail. It was the original intention of the county board to rebuild the old county jail, but the cost proved to be so great, that it has practically been decided to erect a new jail.

THE FIRST EGGS ARE PROCESSED

The first eggs to be preserved in this state under the new Colytic method took place in this city Wednesday afternoon at the plant of the Perfect Egg Co.

When the new processing machine is worked to its full capacity it will turn out 18,500 eggs an hour.

The Colytic is a scientific method of prifying and preserving eggs against deterioration under any and all conditions. After an egg has passed thru the process used it can be shipped to any point in the world under the present method of transportation without loss or shrinkage.

There really is no preservative used in the operation and the method is more an invention of the manner in which to kill the bacteria that causes the egg to spoil. This complies with all the government pure food regulations and has been endorsed by agricultural schools, the government and many large and influential consumers of eggs.

The local plant is the first and only one of its kind in the state of Wisconsin, although there are five others under way at the present time.

JACKSONPORT – Living for 14 days in an abandoned well into which she fell, a cow, owned by William Kroogman, died on a truck that was transporting her home after she was rescued Tuesday.

Two weeks ago Kroogman’s herd of cows came home with one head less. A search was started, but the lost animal could not be located. Tuesday Charles Nieman, carpenter, was walking toward an abandoned mill near the village to get some old lumber. Passing an abandoned well near the old mill he heard a loud breathing. Thinking that it was a large snake he armed himself with a large club ad advanced for combat. He discovered the cow and called for help.

Neighbors and villagers hoisted the animal out of the well, still alive. She was loaded on a truck, and was hurried toward the Kroogman farm. Death came on the way home.

Governor Phillip F. LaFollette is scheduled to make a political address in Sturgeon Bay next Thursday evening, Sept. 24. Chas. Augustine, chairman of the Progressive committee, stated that provided the weather is favorable the address will be made at Martin park, but if inclement weather prevails the high school auditorium will be used.

Mr. LaFollette is expected to arrive in Sturgeon Bay several hours in advance of the hour for making his address, and committeemen from the various precincts of the county are urged to attend a conference prior to the general meeting.