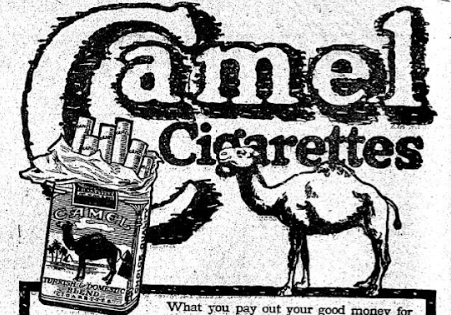 Black bears are seen in all parts of the county, and are becoming so bold as to walk with leisure across the roads in front of teams, without showing the least signs of fear, or without being disposed to get out of the way until they have traveled their desired distance.

Leathem & Smith have purchased the plot of ground in Bay View nearly opposite the foot of St. John street in this city, and formerly owned by Abner Kirby of Milwaukee. They will build the approach to their toll bridge thereon.

All the states bordering on the Great Lakes have adopted the Wisconsin fish law regulating the catch in the lakes. With all the fishermen on the lakes operating under this law it is expected that the number of trout and whitefish in the lakes will be more than doubled within the next few years. After that, if desirable, the law can be changed and fishermen allowed to use a smaller mesh and operate during a longer season. Much credit is due the local dealer A. Kalmbach for the prominent part he took in perfecting the much desired negotiations.

A strange worm has made its appearance in this locality and most of the gardens in the city are being ruined by the pest. They range in size from one-half to two inches in length and seem to multiply very rapidly. Those who have used the Black Death on the worms have succeeded in killing hundreds of them. It must be put on the plants when they are wet and should be sprinkled on the ground as well as on the leaves and stems.

INCREASE IN THE H.S. TUITION

Non:Resident Students Will Be Oblig-

ed to Pay $8 Per Month During

The tuition fee of the high school had been doubled by the school commissioners of this city.

A meeting was held Monday evening being the adjourned regular meeting and among the important matters was the question of high school tuition for non-resident students. The state law permits the charging of $8 per month for each student attending from outside the city. A resolution was therefore passed fixing this amount as the regular rate to be charged during the ensuing term. This fee has to be paid by the township in which the student is  resident and is mandatory on the part of the officials to levy a tax for the payment. It is therefore not likely it will make any difference in the attendance.

Boys Without Funds Are

House and Fed by Big-

During the past couple of weeks there have been hundreds of boys come to this city for work in the cherry fields.

Many of these boys came here assuming that there was plenty of work. They had the papers that cherry picking would begin along about July 10th to 12th. They had enough money to keep them for several days but the cherries failed to ripen and their cash ran out.

On Thursday so many of them were begging for something to eat that the police were notified. Some of the members of the Rotary Club taking pity on the boys got between twenty-five and thirty of them a place to sleep in the rooms above the Woolworth store. They also made provisions for giving them a dinner each day until they found work,in order to keep them from starving.

One of the difficulties the lads had to contend with was that they did not belong to any organization, coming here on their own hook. The result is that all the camps are filled and they are unable to get anything to do.

There are more pickers on the grounds this year than it will be possible to use. Every one of the growers are besieged to hire boys, men and women.

The late cherries are still backward and the indications are that it will be well toward the middle of August before they will be ripe, unless we get some exceptionally warm weather between now and then.

EPHRAIM – “The Clam and Its Pearl” will be the subject of a talk given by Otto H. Fischer, Appleton jeweler, before the Peninsula Arts association and the general public here in the village hall tonight at 8 o’clock.

Mr. Fischer has studied pearls in connection with his business and is considered an authority on the subject. His talk is one of a series of talks being presented by the Peninsula Arts association.