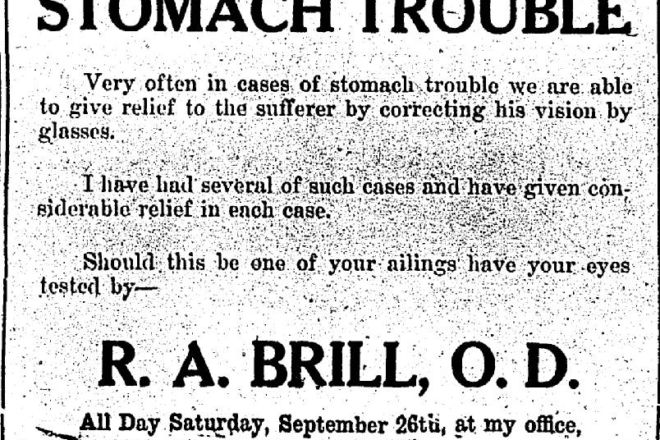 During the thunder storm last evening, the lightning followed the wire into the telegraph office in this place, and broke three of the battery jars.

The congregation of the Moravian church has ordered a bell which is to be placed in the steeple of that edifice. It was ordered through Scofield & Co., and is made by the Cincinnati Bell company which manufactures the famous “Blymer bells.” The bell together with its mountings will weigh about eleven hundred pounds.

Thos. Tollifson was the first man to be arrested for drunk and disorderly under the new ordinance which makes $10 the lowest fine for such an offense. With the costs added it brought the amount to pay up to something over $13. After spending two days in jail he raised the necessary wherewith and paid up.

If Saloons Are Again Opened In The City a License of $500 Will Be Required From Them.

By a majority of 141 the 445 voters who went to the poles on Tuesday last declared in favor of a $500 liquor license to take the place of the $200 license that was in vogue when the saloons were voted out of business last spring. The wet and dry factions were both divided on the present issue. Many of those who advocate the “dry” issue favored high license, and many of those who lined up with the “wets” were against the raise in license if the city ever voted the saloons back into business again.

Little interest was manifested in the election as is shown by the small vote that was cast. Last April when the fight was on between the dry and wet factions 1,015 votes were polled, and on Tuesday but 455 were cast.

A pleasant day greeted the dedication of the high school building at Ephraim on Sunday afternoon. The building was filled to overflowing with visitors who had gathered to take partin the ceremonies. It was truly a Red Letter Day in the history of the town of Gibraltar.

The school is a monument to the progressiveness and high ideals of the citizens of the town of Gibraltar, who are to be complimented on their achievement. The building is a beautiful structure and a credit to the community and the architect, F.D. Crandall.

Job Tong, 83, has the distinction of being the oldest resident of the county to ride in an airplane.

Mr. Tong was invited to take a spin in the air by one of Federated Fliers performing at the Fair grounds and immediately accepted the invitation. He was taken for a good ride over the city and surrounding country and had the thrill of 83 years on this mundane sphere.

It was a delightful experience and a far reach from the ox team he used to drive in the early days.

Judge Henry Graass last Thursday dismissed the five actions against E. I. DuPont de Nemours & Co. in which damages amounting to $131,000 were sought for injuries to four persons and the death of a fifth in the accidental explosion of dynamite on the highway construction job on Highway 42 in December, 1931.

Plaintiffs in the action were Mrs. Augusta Hoeppner, mother of Carl Hoeppner, 26, of Maplewood, who died as a result of his injuries; Andrew Bretl, 25, and Herman Schultz, 28, both of Door county, and Melvin Thompson, 26, and Leonard Weise, 30, of Merrill.

Six experts on explosives testified that the dynamite was manufactured under strict regulation and that it was accompanied by adequate instructions as to its safe handling. In dismissing the actions Judge Graass held that negligence on the part of the manufacturer was not proved.