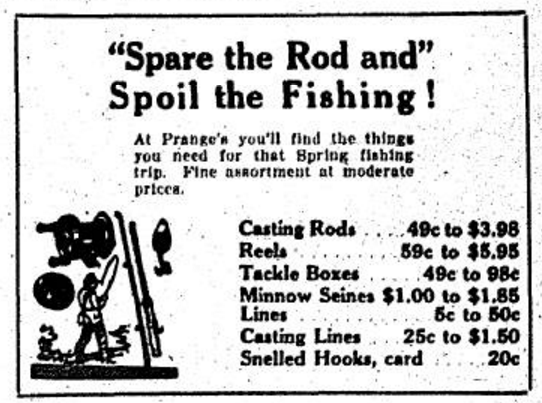 Mr. J. Crass, of Sevastopol, has been setting an example worthy of imitation this winter. He has made a snow-plow and after every storm this winter, which has blocked up the roads, he starts his plow and plows out the main traveled road in Sevastopol, from C. Holmes’ corner east. His is the only snow-plow we hear of being used in Door county.

Mr. Asa Thorpe, of Fish Creek, was in the city yesterday. He is making cedar shingles at present, and when the ice goes out will have pine sufficient to run his mill the balance of the season. The shingle mill is run only in day-time, and a smaller crew run the mill at night, cutting the logs into bolts for the next day’s work. The cut is about 25,000 per day.

Over Six Hundred Votes Cast In The City

The city election held on Tuesday resulted in the election of the republican ticket with the exception of assessor, for which office the democratic candidate, Chas. A, Masse, received a majority of 38 over Chris Leonhardt, the present assessor who was a candidate for re-election. The republicans also secured six out of eight aldermen, the democratic candidates in the first ward being elected by good-sized majorities. The contest was a warm one, especially over the mayoralty, and while the republican candidate was elected by a majority of 206, and on a strict party vote the republicans have a majority of about 150. This was reduced to 86, so that while we democrats cannot trot out our campaign roosters or indulge in any celebration we do not feel very badly beaten.

The second good citizenship meeting at the Opera hall on Sunday evening, conducted under the auspices of the Women’s Christian Temperance Union, was largely attended, it being one of the largest crowds that had ever gathered in the hall. Rev. J.S. Davis, pastor of the M.E. church was the speaker of the evening and he delivered a very forceable address in regard to the enforcement of law. The speaker held the attention of his large audience for over an hour, the address being very instructive as well as entertaining, The choir of the Methodist church furnished the music.

Four towns in the county and the city of Sturgeon Bay voted on the wet and dry issue. No campaign was made to speak of on either side, and the vote in favor of license was almost two to one in each instance, with the exception of the town of Gardner, which voted dry.

Gardner has but one saloon, that being at Little Sturgeon, and the vote of Tuesday will make it necessary for the proprietor, Mark Humphrey to suspend business after July first.

The wet and dry vote in the towns and city was as follows.

A fine summer home will be erected at Ellison Bay bluffs by Mrs. Sarah Friedman of Chicago. Mrs. Friedman owns a 22 acre estate at that point.

The home is to be 35 by 37 feet, the first story will be constructed of stone and the second of logs. It will be of an original architectural design and one of the finest summer residencies in that vicinity.

Construction will be started immediately. One of the unique features will be a warm air furnace with the air distributed to all parts of the building by a fan. Due to the length of the building this feature was necessary according to A. J. Wiezt of this city who has the contract for the heating and plumbing.

Three municipalities submitted referendums on the wet and dry issue, in which all three resulted in a victory for the wets. The vote on licensing the sale of beer on Washington Island carried 175 to 172, but the liquor referendum was defeated 184 to 166. Liberty Grove voted to license the sale of liquor 303 to 264, and the village of Sister Bay remained wet by a vote of 115 to 64.