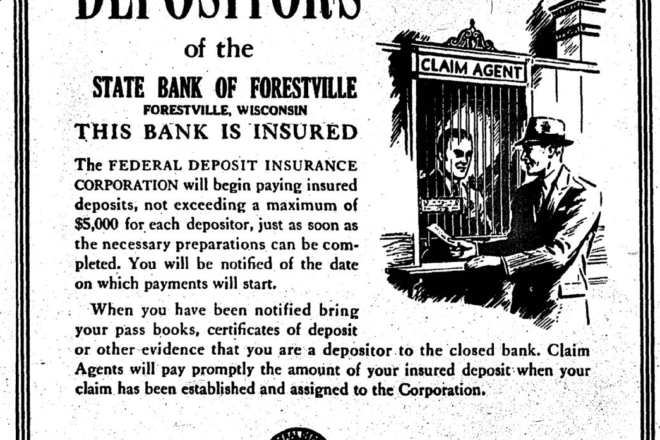 LOST HIS MONEY. – Peter Zenners, Register of Deeds, went to bed on Monday night, the 2d inst. With about $140.00, he avers, in greenbacks, enclosed in an envelope and lodged in his pocket. After a sound sleep he awoke in the morning to find his money had fled. He remained quiet for a day or two, hoping to detect the thief. One Peter Schiebel appeared to be spending more money for whiskey than his thrift would warrant him in possessing by honest means. He was accordingly arrested on Sunday last, and lodged in jail. At this writing (Thursday afternoon) he was on trial before Justice Dresser.

The attorneys inform us that unless some evidence is produced stronger than any yet offered his discharge is inevitable.

FORESTVILLE – Eight teachers were examined at the school house at the Corners on Saturday last. Some of them were novices at the business, but it was all the same as all of them failed to pass, some of them being teachers of many years experience. But then the questions were such as would puzzle even a college professor. One of two things will have to be done in the near future:  Either school boards will have to pay a respectable price for teachers, or they will have to be satisfied with teachers of limited qualifications. Normal or college graduates certainly will not teach for $25 a month.

The bridge company began collecting toll on the bridge on Tuesday morning, the most of the travel coming that way now in preference to taking the ice.

The dog poisoner is again abroad and is causing death among the canines irrespective of breed or worth. Dogs have died in the streets and here and there all over the city, and the work of destruction is not confined to any particular part of the city, either. Among the first to pass in its checks was Ed. Acker’s young hound “Flirt.” Leathem Smith also lost his hound, Jerry Merrier a good dog, and several others, last but not least being L. M. Washburn’s store cat. Thos. H. Smith has a notice in this issue offering $100 reward for information leading to the conviction of the party that has been throwing the poison

Ice Does Damage – Shoving ice has caused more or less damage to the bridge the past week or so and Alex Laurie has a crew of men out repairing the injury. This is the first time that the ice has shoved at this time of year and the field being such a large one the weight is almost irresistible when driven by a high wind. The piles under the bridge have in some places been moved to such an extent that the timbers have been pushed out of place.

There is an optimistic feeling among the real estate men, who are confident that the coming year will be one of the best ever experienced in Door county in the transfer of real estate, especially water front property.

According to reports published in outside papers the realty men who boomed the Florida property have turned their attention to Wisconsin and propose to bring the attention of the outside world to this region as a summer resort section as they did the Peninsula State as a winter resort region.

There has been several rumors in local circles during the past week or two concerning options that have been secured on desirable water frontage along the lake shore between Lily bay and North bay, as well as on the Green bay side of the peninsula. It is stated that prospectors have visited some of these sites on snow shoes, which is something out of the ordinary in the sale and inspection of real estate in this county.

The indications are that Door county is in for a boom in real estate sales the coming summer.

Insured Deposits Will Be Returned 100 Percent

FORESTVILLE – The State Bank of Forestville closed its doors to business Thursday morning March 9, by order of the state banking commission, and W. H. Bastar, cashier, announced that all depositors will be paid off in full.

The affairs of the bank are now in the hands of the state banking commission and the date for final settlement has not yet been made. All depositors will be notified, however.

Organization of the bank took place on Sept. 7, 1909, with an authorized capital stock of $10,000. It came through the panic with little difficulty, but in 1934 was forced by the continued depression to reorganize on a stabilization basis. It had been operated in that manner ever since.