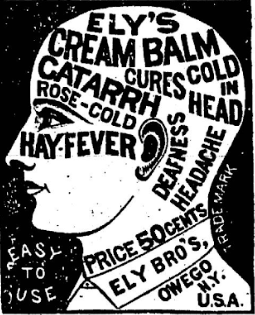 The occupants of the County jail not relishing the idea of waiting until next February for their trial made an unusual jump, aided by a strap, as boys will sometimes, and went up through the roof of the jail and landed on the outside of the building and vanished; since which nothing has been known of their whereabouts. The evidence is pretty clear that they took the road around the head of the bay for Ahnapee and at the appearance of daylight hid in the bushes; the next night they proceeded to Ahanpee, stole a boat, a half barrel of fish, robbed a hen-roost of a dozen chickens, and started across the lake to the Michigan shore. They were helped to make their escape by some person who went with a strap and lifted them out through the roof, they being shackled so that they could not make much of a jump unaided.

The farmers of Kewaunee county are largely foreigners who brought with them but small means of getting ready money, so much needed, they are in these days of low prices and poor crops which always come from continued grain-raising, left in straitened circumstances.

This part of the state is naturally a dairy section, and the sooner Kewaunee county and the county lying north realize the fact and push forward to that direction the better it will be for the farmers.

Pile driving for the railroad bridge, with the exception of the protection clamps, was finished on Monday, and since then the timbers have been put in position and the ties laid so that everything is ready but the draw. Work on this is being hustled along as lively as possible, and it will be about the last of next week.

Judge Dehos has been kept pretty busy this week issuing permits to children for the local canning companies. The law allows children between the ages of 12 and 14 years to work in the fields and those between the ages of 14 to 16 to be employed in the factories. There is a great deal of work in the local plants that can be done by the children and quite a sum of money is paid out each year to the youngsters.

Was a Quiet Celebration

Never in the history of the county has a Fourth of July been celebrated with less display of fireworks or noise from firecrackers and other explosives. It was the quietest and most sane demonstration ever staged. This was possibly due to the fact that no fireworks were to be obtained, none of the dealers having put in a supply. What little there was consisted of the small firecrackers. Skyrockets, roman candles and kindred explosives were not in evidence. This is resulted in there not having even been a burnt finger reported in the accident column.

During the past week a special train brought the young ladies from St. Louis and Chicago, who will spend the summer at Camp Menagha. Mrs. F. Mabley and Mrs. Alice O. Clark are managers of the camp.

The clock tower on the Bank of Sturgeon Bay at the corner of Cedar street and St. John street will soon be but a memory to Door county residents, for the work of tearing it down will start next week, bank officials announced this week.

The tower was built in 1900 and $802 raised by public subscription made possible the purchase of the clock.