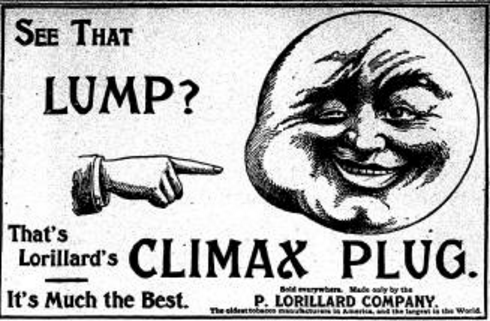 A bear is roaming about the head of the bay near the canal. He attacked Mr. Beverly’s cow last Monday and lacerated her bag and teats in such a shocking manner as to ruin her for milk. Now Mr. Beverly roams the woods with loaded gun looking for Bruin.

Elias Rasmusson was gathered on by Marshall Elliott yesterday and this morning before Justice Carr pleaded guilty to the charge of drunk and disorderly. The court was of the opinion he had had fun to the amount of $5.12 which opinion Elias fully concurred in and after paying the same was allowed to go forth in all the freedom conferred upon him by his American citizenship.

THEY WENT A LITTLE TOO FAR.

It is to be hoped that the disgraceful scenes which were enacted on the streets of our city during Sunday will not be repeated, and to say that the gang was guilty of the disturbance should be heartily ashamed of the way they acted is putting it rather mild.

Some of our people criticize the saloonkeepers who sold liquor to the crowd, and public sentiment has been aroused to such an extent by the matter that it is not unlikely that the council will take steps to see that the law in regard to the closing of saloons is more strictly enforced. Heretofore they have been permitted to keep their back doors open with the understanding that no noise or disturbance must be made. If such action is taken the saloon keepers can only blame themselves as it cannot be denied by that recently they have not been as careful as they should have been.

Whatever may be the real cause for such occurrences as those of Sunday, there is no doubt but that a large number of our citizens are emphatic in their demands that something be done to prevent a recurrence of them, and the matter will not be allowed to drop until something is done.

Announcement has been made of raises in Wisconsin postmasters’ salaries, and among them is Wm. White, the Algoma postmaster, who receives a raise of $100, he now receiving $1,500 a year. No raise was made in Postmaster Hamilton’s salary this year.

OFFICER INJURED WHEN HIT BY AUTO

Struck by a car Sunday evening Motorcycle Office Hugo Birmingham was thrown to the pavement and received injuries. He was rushed to the Egeland hospital by Ben Dreutzer for an examination and was a patient there Monday.

Luckily, he received no broken bones, but was badly bruised about the legs, and chest, when the cycle fell upon him. The accident happened near the Stroh paint store at the intersection of Cottage and Court streets.

The police state that the car was driven by Toney Mallien of the west side who was accompanied by a boy friend. Officer Birmingham states that he had intended stopping the auto when he was struck.

Reports were received by the Sturgeon Bay police department Saturday, following the commencement exercises at the high school auditorium Friday evening, that three pocket books were missing from persons who attended the exercises. Those to report losses were Henry Christoferson, Gainesville, $35; Ed. Hunt, Sawyer, $22; and Frank Kosak, Sturgeon Bay, $1. Police are loath to believe that local people would “pull” the pickpocket trick, and as admission was by ticket, Supt. Of Schools J. A. Van Natta does not see how it was possible for strangers to mingle with the crowd, unless they did so either as people were entering or leaving the building.