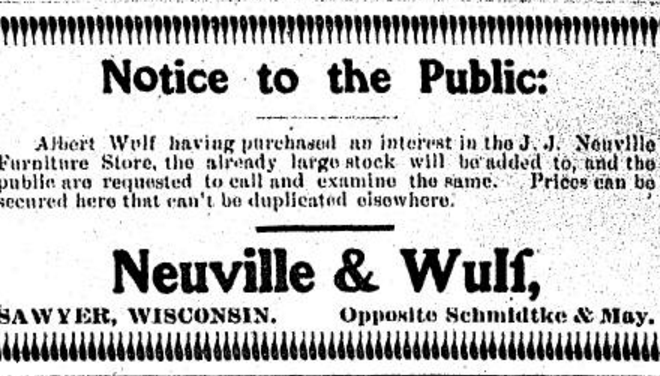 Mrs. E. A. Squier will take a limited number of boarders, by the day or week. Those desiring a pleasant and quiet boarding place can do no better than to patronize Mrs. Squier. She also desires to do some sewing for those wishing. Mrs. Squier and her daughters are the worthy and respected family of a deceased pastor of the M.E. Church, and our people should aid them in their efforts to earn the comforts of life among us.

Why don’t some of the monied men of our city invest a little of their surplus cash in the erection of good cottages, suitable for tenement houses for the working class, and not only are houses in great demand by the class, but we find a large number of business and professional men who are unable to secure suitable quarters, if, indeed they can secure quarters at all. Money spent in this manner would not only be a help to our city, but would certainly prove a paying investment to the parties expending it for that purpose. We know of a score or more men in this city today who are unable to secure suitable houses for their families. Capitalists have found it a profitable business in other places, why would it not be in this? Give the matter a thought.

Work on the Bridge Delayed.

The stormy weather of last week made it impossible for the pile driver to continue work on the railroad bridge. They have to suspend operations on Thursday afternoon and did not do another stroke of work until Tuesday morning, when they hoisted the heavy stringers up onto the temporary bridge.

While the majority of the citizens of Sturgeon Bay are not opposed to base ball, they are opposed to having games played on Memorial day, believing that that day should be observed in a different manner. A request was made of the base ball boys not to arrange games to be played in this city on that day, and the manager of the team has therefore decided not to have a game here on Decoration day.

Door county’s cherry orchards will soon be in bloom, some of the blossoms having already put in their appearance. This year’s crop will probably be one of the largest ever harvested in Door county, as many young orchards are coming into bearing.

Realizing that the picking problem will be hard to solve on account of the scarcity of labor and the high wages paid in other lines of industry, the Fruit Growers Union has raised the price from 1½ cents to 1¾ cents per quart.

W. Brandenburg, representing the Y.M.C.A. association was here last week and made arrangements with the Union to furnish 250 pickers, which is twice the number that was here last year. As in former years, the boys will live in several of the large buildings on the fair grounds.

Mrs. George Young on Sunday evening was shot while sitting in the window of her home on Third street.

The bullet from a .22 calibre rifle crashed thru the window and struck Mrs. Young in the head, back of the right ear. Fortunately for her the missile had practically spent its force and when it hit her in the head only went thru the flesh.

It could not be learned from whence the bullet came, but it is presumed that some boys were shooting at a target. The police could find no one who knew of any one target practicing in the neighborhood, however.

Has Pocket Picked During Dedication

While standing in the large crowd witnessing he dedication of the new Door county museum on Sunday afternoon, Dr. Harry Schuyler of this city had his wallet picked from his hip pocket. The wallet contained a considerable sum of cash.

Dr. Schuyler recalled being pushed by a strange man, who immediately extended profuse apologies, and he believes it was at that time that an accomplice lifted the wallet. So far as is known by The News this was the only case of pickpocketing reported during the celebration here, which leads to the belief that it was amateurs who pulled the job.