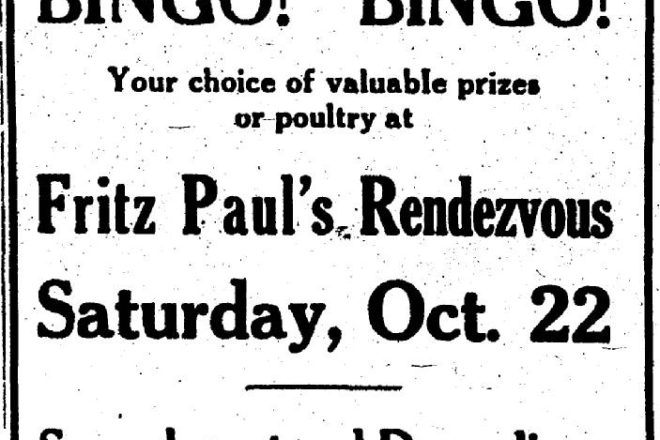 Sanborn, of Bailey’s Harbor, has been affected with an aberration of the mind for some days past. It has become so bad that he was regarded as actually insane and was brought here last Wednesday for an examination by Physicians, who pronounced it a case of Temporary Insanity. Application will be made to the asylum for his admission and treatment. He will be taken care of by the sheriff in the mean time.

There will be a meeting held at the Door County Land Co., to organize a County Board of Immigration to co-operate with the state board, on Saturday evening, Oct. 19, at 7:30 p.m. sharp. A large attendance of businessmen and all others interested is desired.

A wind and snowstorm, the equal of which taxes the memory of the “oldest inhabitant,” passed over this region Tuesday, and the weather bureau records fail to show a storm in the early part of October that has ever equaled it.

The high wind drifted the snow in big drifts along certain roads. Eugene Hunt, rural mail carrier, encountered snowbanks four and five feet deep and was unable to get his team through them.

Little damage was done to the telephone lines or electric light wires, and at no time was service interrupted to any extent.

The most severe loss in the county was probably that which the Door County Brick Co. suffered at their yards in Forestville. About 50,000 new brick were ruined by the snow and frost.

Gathering of the apple crop was just in progress when the storm broke, and while few apples were blown off trees, the damage was comparatively light.

On Saturday an advisory order was received through the governor from the State Board of Health suggesting that all schools, churches, moving picture theaters and public places be closed and the congregation of people be prohibited in any form whatever during the present epidemic of influenza.

In accordance with these instructions the school board and the local board of health held a meeting and decided to close the public and parochial schools as well as the churches and moving picture house.

Accordingly there were no services in any of the churches in the city on Sunday, and the moving picture patrons had to look elsewhere for their amusement. The schools were closed and will remain closed for a couple of weeks.

The saloons, while not closed, were given instructions by Health Officer Sibree that they must not permit the loitering and gathering of crowds in the place. Tables and chairs have been removed from these places and the patrons are requested by the proprietors to buy what they want and move on.

POLICE TOLD OF ROBBERY; FAIL TO GET GANG

What was at first believed to be a joke, has proven to be a loss of 30,000 cigarettes valued at about $300, billed to a Sawyer dealer.

The goods were stolen from a box car at Green Bay Friday. The police of that city were notified by someone purporting to be a representative of the Green Bay & Western Railroad, saying that thieves had driven a big sedan along a freight car in the railroad yards and loaded 30,000 cigarettes in it and had driven hurriedly away.

The police of that city chased the auto outside the city limits, and then returned to notify the sheriff’s office and nearby cities. Later they communicated with the railroad company and no one there knew of the theft. The police then gave up the chase and considered the call as a practical joke and swore vengeance on the joker.

Upon the box car’s arrival [in Sturgeon Bay], Depot Agent Erwin noticed the car had been entered and immediately notified the Green Bay authorities. Now the police of Green Bay are wondering who turned in the call.

The goods were billed to Fred Warner, Sawyer, and, as yet no trace of the robbers have been found.

The largest blast in a Door county quarry was set off at the Sturgeon Bay company last Friday afternoon, when over 20,000 pounds of powder were used to loosen approximately 100 thousand tons of rock on the south end of the quarry on the Bay Shore road.

When announcement was made of the blast, many citizens were anticipating hearing a load blast, but such was not the case, even with such an enormous amount of dynamite. The blasted portion simply moved out from the cliff, and with a great deal of dust, rumbled into the bottom of the quarry.

The slice taken out of the cliff was 1100 feet long, 24 feet wide, and 55 feet deep. The fuse necessary to set off the charge and yet maintain a safe distance from the scene of the blast, was a half mile of exploding fuse wire. About 18 days will be needed to put this charge of rock through the crushers and prepare it for commercial use.