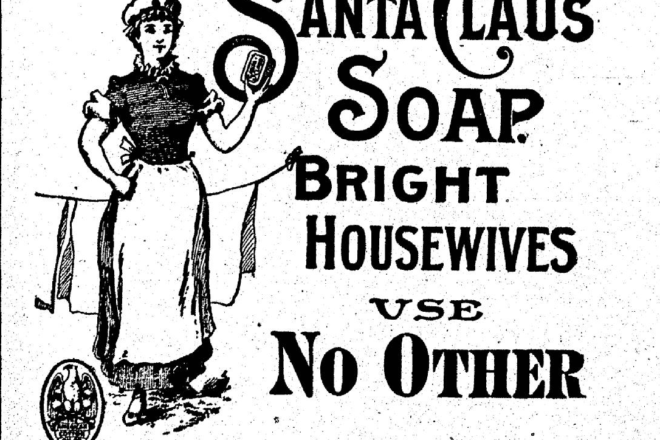 Forest fires have been making great havoc here for the past few weeks. During last week all of Felicien Lesuisse buildings burned down, and he did not save any of the contents. Frank Rumier’s barn and stable burned the same week and Nic Simon lost about all his fences. John Henquinet had a lot of fences burned last Saturday and Jos. Albert had a hard time to save his buildings, most of his fences being burned. Nearly every farmer in the town has suffered from the fires. Sunday night’s rain put a stop to its further progress, for the present at least.

The railroad track has been extended north along the bay shore past the rear of the residence formerly owned by John Leathem. The turntable will be built near the shore and in the vacant lot just north of the above-mentioned property. As soon as this is completed and the track at this end of the line ballasted work will be commenced on the depot.

As a result of the large increase in the toll business from points north of this city along the peninsula an additional circuit is to be added to the line of the Wisconsin Telephone Company connecting the Sturgeon Bay exchange with Jacksonport, Baileys Harbor and Fish Creek.

Material for the new line was delivered on the ground this week and a crew of men will be put to work stringing the wire at once. Manager Lovelace, of the local exchange, states that the work will probably be completed and the circuit ready for use in three weeks from the present time.

HE LOSES SIGHT OF AN EYE

A most peculiar and distressing accident happened to Henry Musgaller of Jacksonport on Sunday afternoon, and as a result he has lost the sight of his left eye,

He was out riding with a party of friends and when they entered the village of Egg Harbor they encountered a number of boys playing ball in the street. As the autoists approached the players one of them hit the ball with considerable force and it drove directly into the windshield of the auto in which Mr. Musgeller was riding. The force of the impact broke the windshield into bits and the flying glass covered the occupants of the car. Mr. Musgeller was riding in the rear seat, but in some unaccountable manner a sharp piece of glass struck him squarely in the eyeball, cutting a deep gash that caused the eye to run out.

There were a number of important matters before the council on Tuesday evening, among which was petition signed by 158 persons asking for an election on adopting a manager form of government for this city. The matter was laid on the table until the next regular meeting of the council

The petition asks for a council of five – one from each ward and one at large. It is proposed if possible to have the question voted on at the special election to be held for United States Senator this fall.

Door County can pat itself on the back for the flourishing resort business this month of August has brought. Weather and financial conditions the country over have not been conducive to good tourist business, but here in Door county figures indicate that our percentage increase over last year’s business will surpass that of most every other resort section.

Credit for this gratifying increase in tourist trade sould no doubt be laid at the door of the Chamber of Commerce and its attractive advertising campaign. This campaign was conducted in newspapers and magazines the country over, and surely proved its worth. Hotel and resort owners are not to be neglected in the past part they also played through their own advertising campaigns, and the cooperation they have given the Chamber of Commerce inthe form of information and circulars of their own.